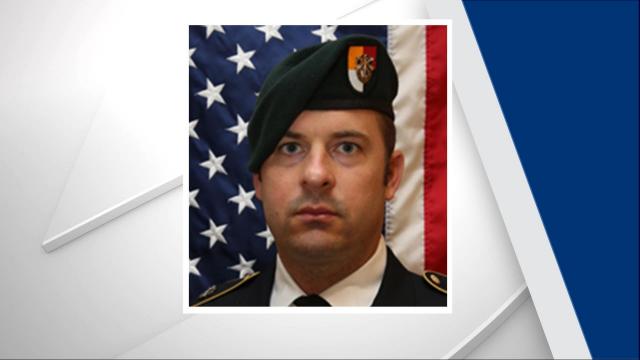 Master Sgt. Matthew O. Williams was recognized for his conspicuous gallantry while serving as a weapons sergeant in Support of Operation Enduring Freedom, according to a statement from the White House.

“I’m incredibly humbled to join President Donald Trump to present Master Sergeant Matthew Williams the highest military award for valor,” said Rep. Hudson in a statement from the White House. “There is no greater fighter than an American soldier, and Master Sgt. Williams is among the best of them. The history books will remember, and we will always be grateful for, his heroism and courage.”

The Medal of Honor is awarded to members of the Armed Forces who distinguish themselves conspicuously by gallantry and intrepidity at the risk of their own lives above and beyond the call of duty.

In 2008, he deployed to Afghanistan, exposing himself to insurgent fire multiple times while rescuing other members of the assault element and evacuating numerous casualties.

In the face of rocket-propelled grenade, sniper, and machine gun fire, he led an Afghan Commando element across a fast-moving, ice cold, and waist-deep river to fight its way up a terraced mountain to the besieged lead element of the assault force, according to the White House.

Williams’ actions helped save the lives of four critically wounded soldiers and prevented the lead element of the assault force from being overrun by the enemy.

He is assigned to Fort Bragg and still serving in U.S. Army.