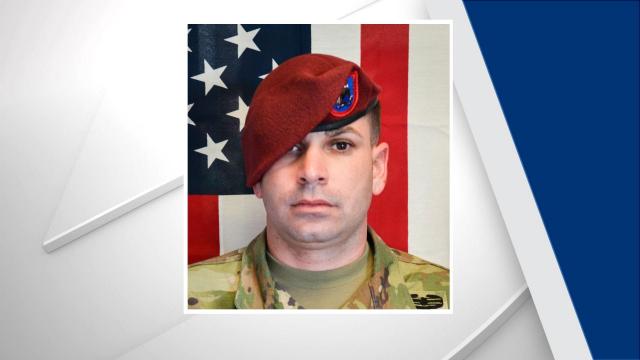 “With honor and courage, Sgt. 1st Class Barreto answered our nation’s call to deploy and serve in Afghanistan,” said Col. Arthur Sellers, commander of the 3rd Brigade Combat Team in a press release announcing Barreto's death. “In this most difficult time, his loved ones are now surrounded by a community of love and caring by members of our Paratrooper Family Readiness Group.”

Barreto joined the Army in August, 2010 and completed Basic Combat Training and Advanced Individual Training at Fort Eustis, Virginia before being assigned to the 359th Transportation Battalion. In 2013, he was assigned to the 51st Composite Truck Company at Baumholder, Germany as a Wheeled Vehicle Mechanic and deployed for nine months to Afghanistan in support of Operation Enduring Freedom.

In 2016, Barreto was assigned to the 601st Aviation Support Battalion at Fort Riley, Kansas. In 2017 he graduated from Airborne School at Fort Benning, Georgia and was assigned to 82nd BSB in January 2018.

Barreto is survived by his wife and children of Cameron, North Carolina.