Fort Bragg, N.C. — An elementary school on Fort Bragg was evacuated Wednesday morning after a male student said he had a bomb in his backpack, a base spokesman said.

The unidentified male student walked into Devers Elementary School around 8:30 a.m. and said he had an improvised explosive device, or IED.

The announcement prompted school officials to order an evacuation of the campus while a robot and bomb-sniffing canine were brought into the building to investigate the student's claim.

No bomb was found and no one was injured during the incident, authorities said.

Students and teachers were allowed to return to class around 11 a.m.

Making a false bomb threat is a felony.

It was not clear if the student would be charged in connection with the incident. 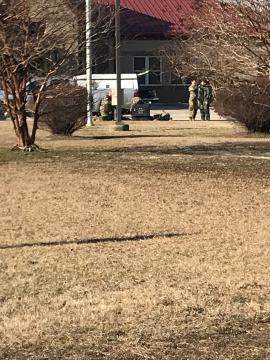 The spokesman said that while the school was disrupted, the evacuation was not chaotic.