Sanford, N.C. — A Fort Bragg Army chaplain is fighting to bring home his husband who was deported after he unlawfully entered the country.

Army chaplain Tim Brown said he and his husband, Sergio Avila, had obtained a marriage waiver and were at a hearing at the United States Immigration Services building in Charlotte on Thursday.

His husband was questioned by ICE officials, and Brown has not seen him since. 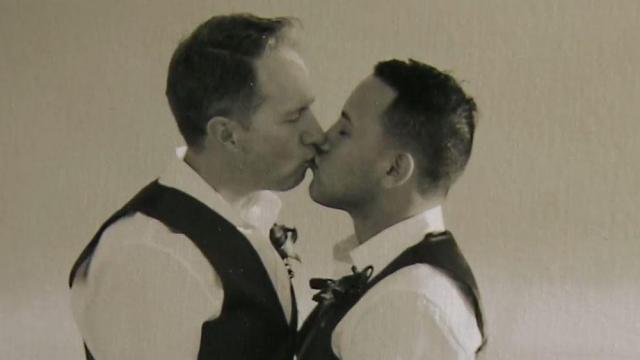 Brown said since he and Alvila married, they have been working toward his citizenship and taking all legal and necessary paths.

"We dated for a while, married January 2017 in Key West. We pretty quickly started the process of immigration,” Brown said.

After obtaining a marriage waiver in April and then reporting to an immigration hearing in Charlotte this week, Avila was detained.

“Four hours later, I get a phone call from Sergio saying, ‘I've been detained and I'm being deported,’” Brown said. “It was devastating and shocking. I didn't even know how to respond.”

Immigrations and Custom Enforcement officials said the decision was made to take Avila into ICE custody because of his status as an immigration fugitive and convicted criminal alien.

Avila skipped a court date when he was 7 years old and was convicted of driving while under the influence in Durham in 2015.

"When he was 7, his uncle brought them to North Carolina. He had no clue it was a court date as a 7-year-old," Brown said.

Brown said Avila has spent almost his entire life in the United States and fears for his safety if he goes back to Honduras as a member of the gay community.

Brown said he's going to fight to get his husband back and tackle the larger issue of immigration reform.

"Conservative (and) liberals agree all together to fix the system and our congressmen and our senators are deaf to that," he said.

Brown said he'll continue to fight, not just for his husband, but for a path to citizenship for all immigrants.

"I love him. I love you Sergio,” he said. “And they’ve messed with the wrong guy. I am persistent and determined and will not quit to advocate for humanity."

A statement from ICE said Avila remains in custody, pending arrangements for his return to his country of citizenship.

“U.S. Immigration and Customs Enforcement (ICE) initially encountered unlawfully present Honduran national Sergio Avila during a targeted enforcement action in Raleigh April 18. Due to operational considerations, ICE exercised discretion and did not arrest Mr. Avila, but instructed him to report to ICE’s Charlotte office in May. He reported May 10, at which time the decision was made to take him into ICE custody due to his status as an immigration fugitive and convicted criminal alien.

"Mr. Avila was previously encountered by the U.S. Border Patrol near Rio Grande City, Texas, in September 2001 while attempting to illegally enter the United States. He was subsequently ordered removed from the United States by a federal immigration judge in March 2002. Mr. Avila also has a criminal conviction for Driving While Intoxicated in Durham County in January 2015.

"Mr. Avila remains in ICE custody at present pending arrangements for his repatriation to his country of citizenship.”