Raleigh, N.C. — Longtime Wake County Register of Deeds Laura Riddick, who was indicted Tuesday along with three of her former employees on charges they embezzled more than $1 million from the county office, surrendered to authorities Wednesday morning.

Riddick, who resigned in March, citing health concerns, and the others were charged after employees in January found "irregularities" as they were trying to improve the office's cash-handling systems. The discrepancies caused Wake County Manager Jim Hartmann to bring in auditors to go over the books, and Wake County District Attorney Lorrin Freeman later called in the State Bureau of Investigation.

John Stephenson, the county's internal auditor, said an average of $1,100 to $1,900 a day was taken from the office's cash receipts for vital records since at least 2008.

Register of Deeds Charles Gilliam, who was appointed to head the office after Riddick stepped down, said she had total control over cash in the office, and the lack of accountability set the stage for long-term theft.

"The old system was designed to help embezzlement," Gilliam said.

Under Riddick's leadership, he said, employees didn't count the cash they took in, but instead handed it all over to her at the end of each day.

He has since overhauled how the office handles money, training employees to audit one another on a daily basis – he never touches any cash – and rotating that responsibility. He said he also faces the task of rebuilding public trust in the deeds office.

"On any given day, there will be four people whose job it is to audit what the other people have done, to count and double-count" he said. "It makes it very difficult for anything to happen under these circumstances."

The county filed an insurance claim in August, stating a loss of $2,333,591.30 from the Register of Deeds Office over nine years because of "employee dishonesty or employee theft." Freeman said Tuesday that number included mistakes made and waived fees as well as possible criminal cases which authorities don't have enough evidence to pursue.

Search warrants in the case that were unsealed Wednesday show that Riddick deposited $875,365 in cash in her bank account between August 2010 and last June.

Veronica Gearon, the former supervisor of the recording section in the deeds office, was indicted on six counts of embezzlement by a public officer. She took nearly $81,000 between Jan. 26, 2011, and Oct. 21, 2016, according to court documents. She was expected to surrender Thursday or Friday.

Search warrants show that Gearon deposited $51,000 in her bank accounts between April 2013 and last January. She told investigators that the money came from her mother, a friend and her son, but authorities noted that her mother died last year and her son's paychecks totaled about $8,400 over a 13-month period. Gearon refused to name the friend, and she stopped talking to investigators after that, according to a search warrant. 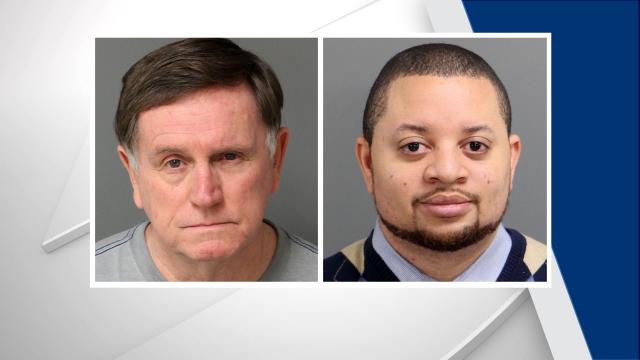 Murray Machree Parker, 72, of 212 Cobblepoint Way in Holly Springs, was indicted on three counts of embezzlement by a public officer, and court papers allege he stole about $74,000 between Jan. 11, 2010, and March 31, 2013. The former deputy director of the deeds office, he was released after posting a $50,000 bond.

Search warrants show that he deposited $85,000 in cash into his bank accounts from June 2008 through January 2013 – he retired two months later. He told investigators that that money came from the sale of a treadmill and some furniture.

Troy Ellis, 39, of 6725 Nesting Eagle Drive in Wendell, a technician at the Register of Deeds Office, was fired in April after he confessed to taking $50,000 within the past year. He has been cooperating with authorities in the investigation. Ellis was indicted on one count of embezzlement by a public officer in connection with the missing $50,000, which court documents allege was stolen between Dec. 5, 2015, and Feb. 20, 2017. He posted a $5,000 bond.