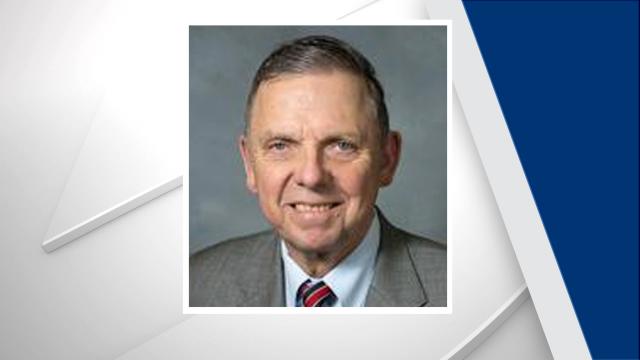 Wake Forest, N.C. — A former Wake County commissioner and state House member was charged with assault Friday after he shoved a poll worker at an early voting site in Wake Forest.

Gary Pendleton said he went to the voting site on Holding Avenue at 7 a.m. to be in place when it opened at 8 a.m., but a poll worker wouldn't let him or other Republican poll watchers inside. He asked the poll worker if something was happening inside.

"How do we know you’re not already voting people?” Pendleton later recounted. “You’re being as obstructive as you can be in not explaining yourself."

He said he then pushed the man back "about a foot."

"The reason I pushed him back is he was right in my face, about 3 feet," he said, adding that both he and the poll worker were wearing masks to limit the spread of coronavirus.

A Wake County deputy was called to the scene, and Pendleton said the poll worker initially didn't plan to press any charges but then changed his mind. He was cited with a Class 3 misdemeanor.

"I wish now I’d have just left, but you know, I had gotten up an hour earlier than normal, and I think they were up to something," he said. "Stuff like this shouldn’t happen. There’s no reason, unless he had something to hide, there’s no reason why he didn’t let me in. But he didn’t tell me why."

Gary Sims, Wake County's elections director, said the person who was pushed was the assistant supervisor of the Wake Forest site.

Poll watchers aren't allowed into voting sites before they open, Sims said. Some might have been let in early on Thursday during the confusion that often accompanies the first day of early voting, he said, but poll workers were reminded not to do it again, he said.

"There's no behavior that warrants an assault," Sims added.

Sims also confirmed the nature of the push.

Pendleton said he had served as a poll watcher in downtown Raleigh on Thursday without incident. Republican Party officials told him to go to the Wake Forest site on Friday because there was a problem there on Thursday and "they're treating our people bad," he said.

Sims said he was unaware of the specifics of any problems at the Wake Forest site on Thursday but said the GOP had filed an inquiry about assisting people with curbside voting.

Pendleton forwarded an email thread from GOP officials in which a poll watcher at the Wake Forest site said an elderly couple sitting in lawn chairs as they waited in line were given "voting forms" and then went inside to vote. That prompted others waiting in line to seek similar accommodations, the poll watcher said in the email. She also complained in the email that the chief judge at the site accused her of taking photos with her phone and "lurking over voters' shoulders," both of which she denied doing.

Friday evening, Wake County Republican Party Chair Donna Williams said in a statement that Pendleton has admitted he didn't handle the situation in accordance with party policies and won't be volunteering any more as a poll watcher. She also said he apologizes.

Our policy is to never interfere with a voter's right to vote or obstruct the elections process. Poll observers are there to observe and report problems to our attorneys who can take appropriate legal action," Williams said. "Our goal is to ensure a safe, transparent process for voters, so that way, everyone can have confidence in election results."