Former US Rep. Allen West released from the hospital after motorcycle accident 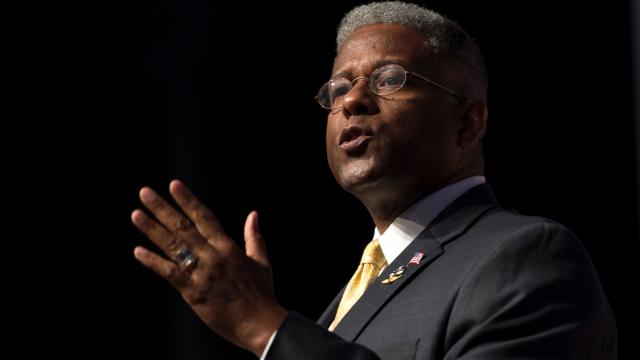 CNN — Former Florida US Rep. Allen West has been released from the hospital after he was injured in a motorcycle accident on Saturday, according to a series of posts on his verified social media accounts.

With his arm was in a sling and both hands wrapped in white bandages, West went home on Monday and addressed his supporters in a short video on his official Facebook page.

"I'm back home now, and I just want to thank you all," West said. "I just thank God that I was able to make it through. It's going to be a little time to recover, but I'll be back out there."

"Hopefully, I'll be running at least a mile within a week," he said with a chuckle. "But y'all didn't know they were making a new 'Scarface' movie and I'm going to be starring in it."

In other photos posted to his account, West has visible lacerations on his face.

"Allen West is currently dealing with a concussion, several fractured bones, and multiple lacerations," a post on his Facebook read on Sunday. It quoted West as saying, "I am alive by the grace of God."

West, currently a candidate for chair of the Republican Party of Texas, was riding a motorcycle following a "Free Texas Rally" in Austin when a vehicle cut in front of him, the posts from his team said.

Citing local law enforcement, West's accounts said the vehicle changed lanes in front of two motorcyclists. The motorcyclist in front tried to brake, and the rear motorcyclist crashed into the first. CNN is working to get a copy of the accident report.

West was airlifted to the hospital. He's expected to be released on Monday, another post said.

"He plans to continue to be a proponent of freedom and the state of Texas, and will resume his normal calendar of activities as given clearance by his medical team."