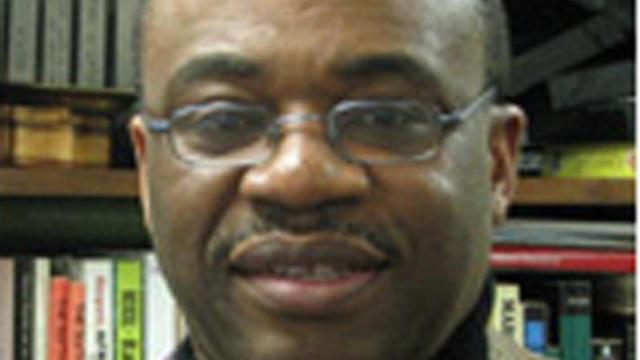 Hillsborough, N.C. — Julius Nyang’oro, the former chairman of the Department of African and Afro-American Studies at the University of North Carolina at Chapel Hill, was indicted Monday by an Orange County grand jury on a charge related to an academic scandal at the school.

Nyang’oro could face up to 30 months in prison if he is convicted of obtaining property by false pretense, which is a felony. Investigators said he accepted $12,000 for teaching a class that never happened.

The university reclaimed the money through garnishment of his final paycheck.

Nyang'oro resigned in August as chairman of the department, which was at the center of an investigation into academic fraud involving Tar Heel football players. The allegations focused on no-show classes, altered grades and other improprieties revealed at the university during an NCAA investigation into the football program that began in the summer of 2010.

What began as a look at whether players were getting gifts from agents expanded to include a probe of the academic support system, revealing plagiarism and other improprieties, and resulted in punishment for the football team that extends into 2015.

An internal investigation led by former Gov. Jim Martin into academic irregularities at the University of North Carolina at Chapel Hill revealed that any irregularities were concentrated in the Department of African and Afro-American Studies and dated to about 1994. Martin found no anomalies outside of that department and no specific link between the scandal and student athletes.

The report, which was released in December 2012, covered 18 academic years and included 84 interviews with faculty, staff and others. It found that the improprieties were isolated to Nyang'oro and staffer Deborah Crowder. Both were not interviewed for the report because, Martin noted, they did not return phone calls.

"The action described in today’s indictment is completely inconsistent with the standards and aspirations of this great institution," UNC-Chapel Hill Chancellor Carol Folt said in a statement. "This has been a difficult chapter in the university’s history, and we have learned many lessons. I am confident, because of effective processes already put in place, we are moving ahead as a stronger institution with more transparent academic policies, procedures and safeguards.”

UNC President Tom Ross said he supports the decision to seek an indictment against Nyang'oro, and he agreed with Folt that new policies adopted in the wake of the scandal have strengthened UNC-Chapel Hill.

"There have been multiple investigations and reviews of these matters that should give us all assurance that we have taken all reasonable and available steps to uncover the facts of this situation," Ross said in a statement. "In addition, over the past two years, UNC-Chapel Hill and the UNC system have implemented extensive new policies, procedures and safeguards to prevent similar problems from ever happening again, and we believe these efforts are appropriate, comprehensive, strong and represent best practices."

"It's really unfortunate and a little embarrassing for the university," Fulmore said. "But, you just have to learn from it and move forward."

"UNC is resilient and will bounce back," Perry added.