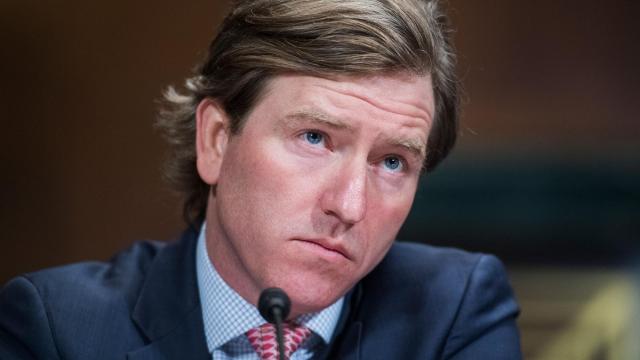 CNN — Christopher Krebs, the former top cybersecurity official, said President Donald Trump's decision to unceremoniously fire him via tweet last week was "not how I wanted to go out."

Krebs, who was booted from his job as director of the Cybersecurity and Infrastructure Security Agency, told CBS' "60 Minutes" in an interview that he was not completely surprised by his dismissal and shared that he's most upset about not having a chance to say farewell to his former team.

"I don't know if I was necessarily surprised. It's not how I wanted to go out," Krebs told CBS' Scott Pelley in an excerpt of an interview released Friday and set to air in full on Sunday.

Trump last Tuesday announced that Krebs would be "terminated" from his job running the cyber arm of the Department of Homeland Security "effective immediately" because Krebs' recent statement — in which he rejected Trump's claims of widespread voter fraud — was "highly inaccurate." CNN reported ahead of his firing that Krebs had expected the move.

The statement from Krebs' agency, along with state and private election officials, read: "The November 3rd election was the most secure in American history. ...There is no evidence that any voting system deleted or lost votes, changed votes, or was in any way compromised."

In his interview with "60 Minutes," Krebs told the outlet "I stand by that" statement.

CNN and other outlets projected President-elect Joe Biden as the election winner, but Trump has not conceded the race, refusing to accept the results and instead pushing baseless conspiracies that his second term is being stolen.

Krebs refuted two conspiracy theories in a series of tweets Sunday, writing in one that if so-called ballot dumps did occur, as some Republicans have claimed, "the subsequent canvass, audit, and/or recount processes would have identified inconsistencies. And yet the outcomes were consistent in GA, WI, PA., etc."

"The proof is in the paper ballots," he wrote.

In a separate tweet, Krebs warned against spreading misinformation and said a claim that Pennsylvania election officials counted more general election mail-in ballots than they sent out was false because it conflated "primary numbers (that are lower) and general numbers (that are higher)."

This story has been updated with additional comments from Krebs on Sunday.