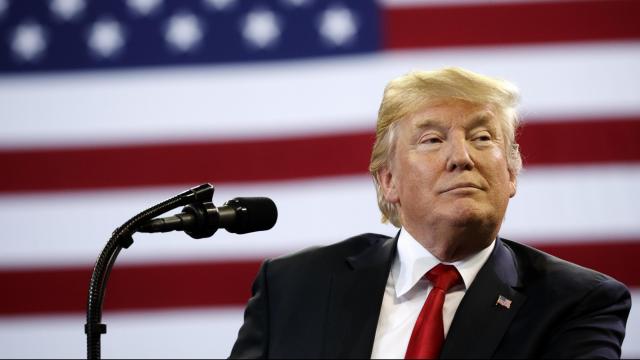 WASHINGTON (CNN) — A Republican strategist who managed Sen. John McCain's unsuccessful 2008 presidential campaign said Wednesday he is leaving the Republican Party in the wake of the Trump's administration's immigration policies that have led to the separation of families.

"29 years and nine months ago I registered to vote and became a member of The Republican Party which was founded in 1854 to oppose slavery and stand for the dignity of human life. Today I renounce my membership in the Republican Party. It is fully the party of Trump," Steve Schmidt tweeted early Wednesday morning.

Schmidt went on to call the party "corrupt, indecent and immoral."

"With the exception of a few Governors like (Massachusetts Gov. Charlie) Baker, (Maryland Gov. Larry) Hogan and (Ohio Gov. John) Kasich it is filled with feckless cowards who disgrace and dishonor the legacies of the party's greatest leaders," Schmidt said in a series of tweets. "This child separation policy is connected to the worst abuses of humanity in our history. It is connected by the same evil that separated families during slavery and dislocated tribes and broke up Native American families. It is immoral and must be repudiated. Our country is in trouble. Our politics are badly broken. The first step to a season of renewal in our land is the absolute and utter repudiation of Trump and his vile enablers in the 2018 election by electing Democratic majorities. I do not say this as an advocate of a progressive agenda. I say it as someone who retains belief in DEMOCRACY and decency."

Schmidt has been a vocal critic of President Donald Trump. He has said the President has "blood on his hands" regarding relocation of the US embassy in Israel from Tel Aviv to Jerusalem and has also said that Trump has exposed the "intellectual rot" of the Republican Party.

In his tweets Wednesday, Schmidt declared himself an independent voter aligned with the Democratic Party.

"This Independent voter will be aligned with the only party left in America that stands for what is right and decent and remains fidelitous to our Republic, objective truth, the rule of law and our Allies," Schmidt wrote. "That party is the Democratic Party."