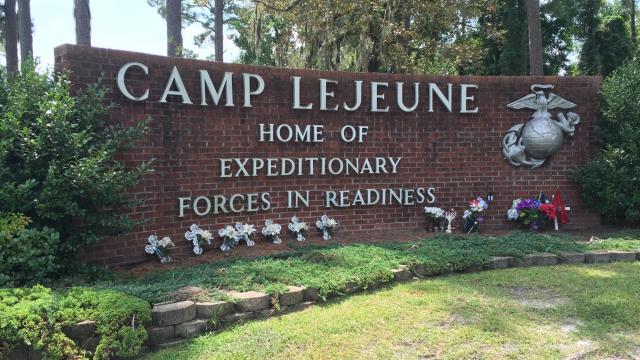 BOISE, Idaho — Two former Camp Lejeune Marines and an Idaho man have been charged with participating in a money-making conspiracy to build hard-to-trace firearms and distribute them in North Carolina, federal authorities said Tuesday.

Collins and Duncan, who were at Camp Lejeune while in the service, now live in Boise.

Court documents say the conspiracy involved Collins and Kryscuk manufacturing and selling hard-to-obtain firearms and firearm parts so purchasers of the weapons would be unknown to government authorities.

Authorities say Duncan was aware of the conspiracy and participated in it.

Since May 2019, Collins made multiple money transfers through his personal account to Kryscuk to purchase firearms, including a 9mm pistol and suppressor – it's commonly referred to as a silencer – and a short-barrel rifle, authorities said. In turn, Kryscuk purchased items from vendors to manufacture the firearms and suppressors, which are highly regulated in the U.S.

U.S. District Judge Ronald E. Bush in Boise said he did not have a timeline for when the U.S. Marshals Service would transfer all three men back to North Carolina to face the charges.