Charlotte, N.C. — A Fort Bragg soldier is on the run, listed as a deserter and a fugitive.

Alex Zwiefelhofer was arrested in Charlotte on child pornography charges last summer but failed to show up for his court appearance this week.

He has managed to elude authorities in the United States and around the world. 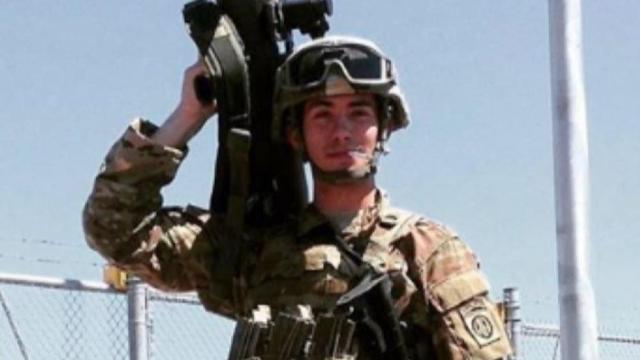 Last June, Zwiefelhofer was one of three Americans arrested trying to cross the border into South Sudan, presumably to fight in a civil war in that country, but he was released.

Six weeks later, according to WSOC News in Charlotte, Zwiefelhofer was arrested at Charlotte-Douglas International Airport for possessing child pornography. He posted bond but disappeared again.

“It’s best to keep a little tightlipped, when your home country calls you a terrorist for aiding a friendly nation,” he said.

Zwiefelhofer's father, Jared Zwiefelhofer, who is a police chief in Wisconsin, told WSOC News he hasn't heard from his son for several weeks, and doesn't know where he is.

“To be very straightforward with you, I’m in law enforcement, and I don’t believe anything he tells me,” he said.

Zwiefelhofer remains on the run from the run and could face charges for deserting his unit at Fort Bragg.