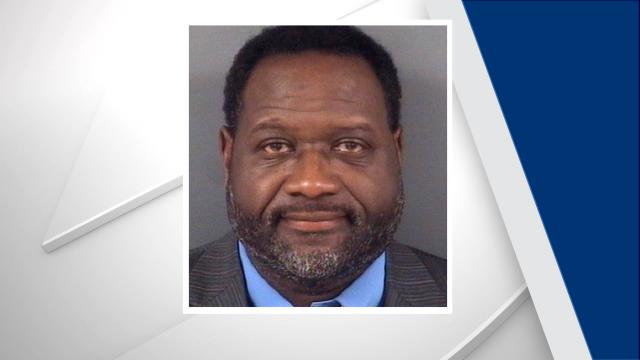 Fayetteville, N.C. — Tyrone Williams, who resigned from the Fayetteville City Council in May after being accused of soliciting money from a developer, was arrested Monday on a charge of indecent liberties with a child.

Williams was released on a $100,000 unsecured bond and is scheduled to appear in court Wednesday afternoon, police said.

The alleged incident occurred on Dec. 21 or 22 and involved a child who knew Williams, police said.

The investigation started in April, and police said they have conducted a thorough forensic interview with the alleged victim and have gathered enough evidence to file the charge.

"The language that they use, we're usually pretty good about picking up on a child that's been coached through something as opposed to a child who says things that, if the allegations were true, only they would know those specific things," Fayetteville police investigator Peggy Smith said.

Dec. 21 was also when Williams was caught on tape asking for money from a developer during a meeting.

Jordan Jones, the project manager handling the redevelopment of the former Prince Charles Hotel, recorded a meeting he had with Williams and businessman T.J. Jenkins over a purported "cloud on the title" to the downtown property.

Williams had invested in a previous attempt to redevelop the hotel, but the New York developer behind that effort eventually filed for bankruptcy.

"I don’t know if there is any kind of way I can make it a smooth transition for you and what you’re trying to do, because I want the project to go, and I don’t want there to be no hiccups down the road," Williams said at the meeting.

"I think I would just feel good if we just worked together some way to make it all go away," he said. "I’m not looking for a large amount of money. I’m just looking for a smooth transition, you know what I mean?"

Jones said he recorded interactions with Williams as part of a federal investigation.

Fayetteville officials started the process of forcing Williams off the council when he submitted his resignation. He repeatedly denied any wrongdoing but said his constituents needed to be represented by someone who wouldn't be "obscured by negative perceptions."

"It is now clear to me that the facts of what happen don't matter as much as perception," Williams wrote in his resignation letter. "The facts are that I did not violate any law, ordinance, or other legal authority. But the inaccurate perception of wrongdoing has been fueled by false and misleading accusations in the local media. There appears to be an agenda to obscure the actual facts of what happened between me and Mr. Jones through media attacks on my character. I don't understand their motivation, but it is certainly impacting the good governance of the City of Fayetteville."