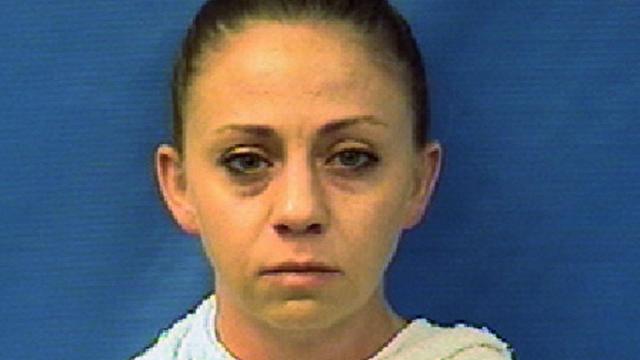 A grand jury indicted a former Dallas police officer Friday in the shooting death of an unarmed, 26-year-old African-American accountant who was watching TV in his apartment, a home that the officer says she mistook as her own.

The indictment in Dallas County charges Amber R. Guyger, 30, with murder for killing Botham Jean in his Dallas apartment one floor above hers on Sept. 6. If convicted, Guyger could receive five years to life in prison.

Guyger, a white officer who was returning from her shift but dressed in uniform at the time, said that she mistook Jean’s apartment for her own, that his door was slightly ajar and that it opened when she tried to unlock it. She thought he was a burglar, she said.

Lawyers for Jean’s family have said that the door was closed, and that neighbors heard someone banging on the door, demanding to be let in, before the gun was fired. Guyger fired her service weapon twice, striking Jean once in the torso, according to court documents. Jean, who worked at PricewaterhouseCoopers, died at a hospital.

Chief U. Reneé Hall of the Dallas Police Department fired Guyer after her arrest in Jean’s killing and an internal investigation. The department said that she was “terminated for her actions” during her arrest on manslaughter charges.

Hundreds of mourners attended Jean’s funeral at a church in Richardson, Texas, and he was buried Sept. 24 in his native country, St. Lucia.

The Jean family has filed a federal lawsuit against Guyger and the city of Dallas, saying that the off-duty officer used excessive force and violated Jean’s civil rights. The suit also asserts that better training for Dallas police officers could have prevented the killing.

Protesters rallied for weeks calling for Guyger to be charged with murder. They demanded justice in front of Dallas Police Headquarters and inside a City Council meeting. They were further roiled when some demonstrators remained in jail for two days, while Guyger posted a $300,000 bond and walked free within hours. Another rally was held outside a Dallas Cowboys game to protest the jailing of demonstrators.

Dallas County is 40 percent Latino and 23 percent black, and its police chief, sheriff and district attorney are all African-Americans.

In August, a white former police officer in a Dallas suburb was found guilty by a jury of fatally shooting an unarmed black high school freshman with a high-powered rifle in April 2017.

Faith Johnson, the district attorney who won that rare murder conviction against a white police officer, will not have a chance to prosecute Guyger. Johnson, who is African-American and a Republican, was appointed two years ago by Gov. Rick Abbott to complete her predecessor’s term, but she was defeated this month by the Democratic nominee, John Creuzot, a former judge and prosecutor, who is also African-American.

Creuzot, who takes office in January, said during the campaign that he believed Guyger should face murder charges. “I am not aware of a case in which a person shoots another person in the torso, with death as the result, and is charged with manslaughter,” he told the Dallas News. “In Dallas County, the long-standing practice of our law enforcement agencies, in similar cases, has been to charge suspects with murder.”