Raleigh, N.C. — A former district attorney of Caswell and Person counties accused of hiring another prosecutor's wife for a no-show job is pushing again to remove Superior Court Judge Paul Ridgeway from his case.

Bradsher argued in February that Ridgeway couldn't be objective when Wake County District Attorney Lorrin Freeman initially investigated the case and charged him, but Ridgeway rejected that claim and refused to step down.

Now, Bradsher, who resigned last May, says he wants to call Ridgeway as a character witness, which would disqualify him from overseeing the trial.

Former Rockingham County District Attorney Craig Blitzer has said that he and Bradsher concocted a scheme at a Wentworth, N.C., pizza parlor in early 2015 to hire each other's wives after officials with the state Administrative Office of the Courts informed them that ethics rules prohibit prosecutors from employing relatives.

At the time, Cindy Blitzer was enrolled full-time in nursing school in High Point, and when she and her husband expressed concerns about her meeting her work obligations in Caswell County, Bradsher told her he would "take care of the time sheets," according to an affidavit filed in the case. 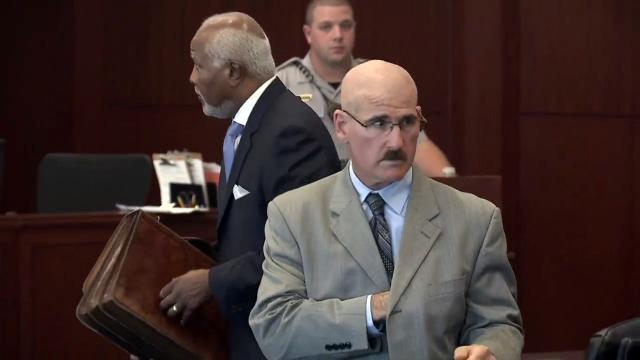 Craig Blitzer also helped his wife's schooling by getting people on his staff to take an online math course for her.

He resigned in March 2016 and pleaded guilty in July to failure to discharge the duties of his office, a misdemeanor. He hasn't yet been sentenced.

Special Deputy Attorney General Brian Rabinovitz asked Superior Court Judge Graham Shirley on Tuesday to quash a subpoena Bradsher served on Ridgeway last week. The judge has no information relevant to the charges against Bradsher, so there is no reason to compel his testimony.

"This is not substantially different from a fishing expedition," Rabinovitz told Shirley.

Shirley also repeatedly questioned Bradsher, who is representing himself in the case, during the 70-minute hearing how Ridgeway discussing what he saw when he held court in Person County in early 2012 relates to allegedly criminal conduct that occurred three to four years later.

Bradsher insisted that Ridgeway's account of how Bradsher ran an efficient office when his wife worked there is necessary to defend himself against the charge that he's unethical.

"The state wants [jurors] to forget about my first four years and think about this six-month period with Cindy Blitzer, that I would be the kind of boss that would allow somebody to draw a paycheck without working," he said.

Shirley said he would read legal briefs submitted by both sides before ruling on whether Bradsher could subpoena Ridgeway as a witness.

Craig Blitzer repaid the state the $48,000 as part of his plea agreement.