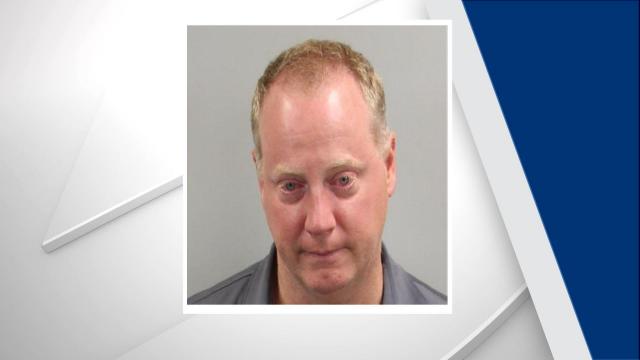 Conway, 45, was charged with driving while impaired, reckless driving and two counts of misdemeanor child abuse in a June 22 incident on I-85 in Randolph County.

Cellphone video obtained by WRAL Investigates shows an SUV driven by Conway swerving across the highway before crashing into the back of a Harris Teeter tractor-trailer.

No one was injured in the crash, but Conway's two daughters, ages 9 and 7, were in the SUV at the time, which was the basis for the child abuse charges.

Archdale police described Conway as "absolutely belligerent" during his arrest, noting that he cursed at officer, kicked at a holding cell door and threatened to call Gov. Roy Cooper to have the officers disciplined.

Conway's attorney argued that North Carolina's child abuse laws should be applied to what happened on the highway four months ago, sayign Conway never intended any harm to his children, WXII reported. But prosecutors said Conway's daughters could have been killed by his actions.

After a two-hour bench trial, Conway was convicted on all counts, but his jail time was suspended to probation and community service.

Blue Cross initially stood by Conway, saying the company's board had looked into the crash and determined he was too valuable to the company's future to let go.

But after the cellphone video and full arrest report became public, and with state Insurance Commissioner Mike Causey pushing for Conway's ouster and berating the Blue Cross board for what he called a coverup of the arrest, the board forced Conway to resign two weeks ago.

"As Patrick has said from the start, he is deeply ashamed of what he did, and the pain and embarrassment it caused his family, friends and colleagues. Following the incident, Patrick voluntarily and successfully completed 30 days of inpatient substance use treatment and has continued to work tirelessly to become a better, healthier person. Patrick cares deeply about his children and will appeal based on the child endangerment conviction."

Blue Cross' board announced Wednesday that it plans to develop new protocols for informing the public of "significant events."

"While we cannot undo the events that have unfolded over recent weeks, we can act to restore your trust. To that end, our Board of Trustees is developing new, enhanced procedures to improve transparency in the reporting of significant events," the company said in a statement. "The work to restore that trust has started, and we are committed to seeing it through."