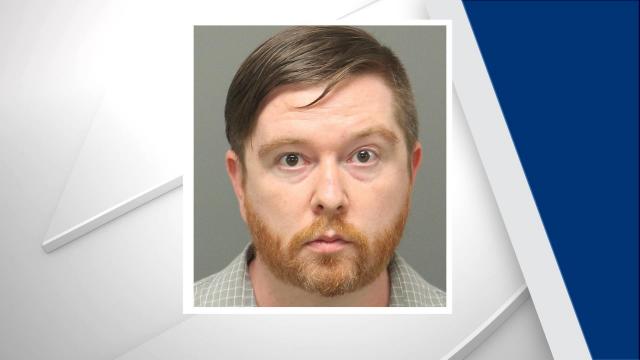 Raleigh, N.C. — Jordan Hester, 38, the former beverage director at Brewery Bhavana and Bida Manda, was arrested Wednesday and charged with felony secret peeping and installing/using a photo device in a room.

Three women tell WRAL that Hester secretly recorded them during separate sexual encounters at his home.

In June, a spokesperson for Brewery Bhavana and Bida Manda said Hester was let go from the company. He had been with the company for eight years. The announcement came after Hester was accused of sexual misconduct, as current and former employees went public via social media with allegations of inappropriate conduct at both restaurants.

Roberts, who dated Hester in 2010 and 2011, told WRAL News that she became aware of the recordings while she was still dating Hester.

“There was a setting on his webcam that would turn the active light off so that it would appear that the webcam was not on. And then, you turn the computer screen off. It just looks like it's in sleep mode. So, that’s how he was making these videos,” Roberts said.

Roberts said Hester also told her about secretly recording other women he had sex with.

“He told me about the circumstances around them because like, he was proud of it. Like it was a trophy,” Roberts said.

The videos, which were allegedly recorded in 2009 and 2010, would sometimes last for hours and include conversations between Hester and the women, Roberts said.

"Jordan would start the videos before one of us entered the room and stop it after we left," Roberts said. "Sometimes this included hours and hours of sleeping - one video is nearly eight hours - to make sure his computer continued to look asleep."

Roberts said Hester stored the videos on a hard drive the two shared.

Roberts said when she moved out after the relationship was over she took the hard drive because it belonged to her, but she didn't delete the files.

“I didn't say anything about it publicly for 10 years and I feel awful,” Roberts said. “I don’t want to make excuses but I was afraid of his retaliation if I did anything with these videos or let the other women know.”

Roberts said she decided to come forward with the information and contact the other women in the recordings after reading a social media post by former Bida Manda employee Nicole Bivins where she claimed Hester assaulted her while he was her boss.

WRAL has repeatedly tried to contact Hester for comment, but has not been able to reach him.