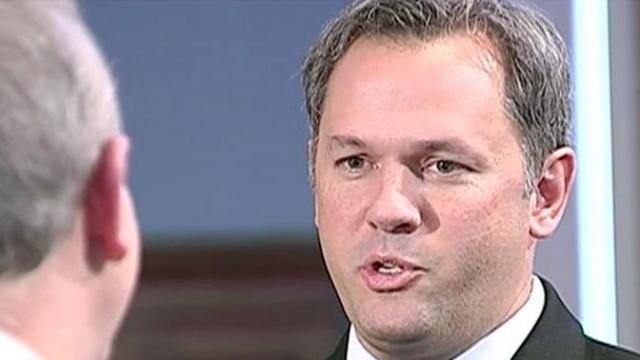 Noting that North Carolina has made history by having Republican control of the executive and legislative branches, Forest said the GOP has a responsibility to "lead boldly, lead effectively and lead courageously."

He said he wants to work with McCrory and the General Assembly to cut government regulations, reform the state tax code, transform public schools through technology and create an energy industry.

"We have the opportunity. Will we be bold enough and courageous enough to make that happen?" he said.

Forest couldn't perform his primary duty of presiding over the North Carolina Senate if he waited until Saturday's outdoor inaugural ceremonies for Council of State members. The General Assembly reconvenes Wednesday.

Forest, who has never held public office, turned from a career as a Raleigh architect to narrowly beat Democrat Linda Coleman in his first campaign in November. He is the son of former Congresswoman Sue Myrick of Charlotte.