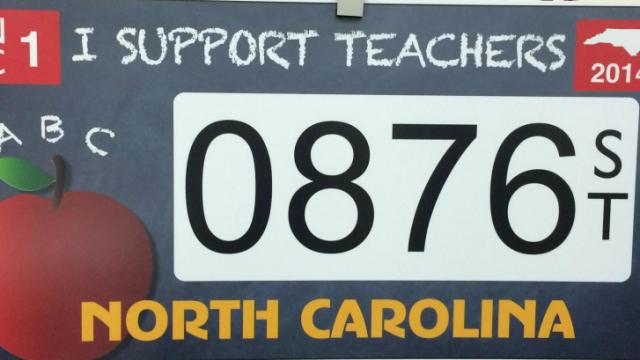 Raleigh, N.C. — Drivers, those entitled to a tax refund and private businesses would be invited to contribute to a new education trust fund Lt. Gov. Dan Forest has asked the General Assembly to create.

"Being able to fund top teachers should always be a top priority for us," Forest said.

Forest made his presentation hours after Gov. Pat McCrory issued a series of sweeping proposals to boost teacher salaries in the short and long term.

Education funding has been at the center of North Carolina's political debate for years. Most recently, public school systems have warned that they are losing teachers to other states and other professions as the result of budgets that frozen salaries for educators.

Forest said his proposal could help garner the money to carry out some of the governor's plan.

"This is a framework for an endowment," he said. "It's not laying out criteria for how this money gets used."

He did not say how much money he hoped to raise but likened the idea to creating an endowment fund for a university.

During his presentation to lawmakers, Forest said the trust fund would give lawmakers a place to "park" extra money that could be put toward education. But he said that taxpayer funding would not be part of the initial legislation. Rather, Forest said, he would turn to money from three sources:

Sen. Jerry Tillman, R-Randolph, the state senate's top leader on education issues, said he would push for Forest's legislation during the "short" legislative session that begins next week. However, the plan was not universally hailed.

A special plate issued on behalf of the Blue Ridge Parkway Foundation is the most popular in the state, with 24,727 drivers paying $30 per year to display it on their car. Of that $30, $10 goes to the state Division of Motor Vehicles, while $20 goes to the foundation. That means the plate would have raised just under $500,000 last year.

More of a problem, Stein said, is an issue most prominently encountered by the state lottery. When the lottery was first passed, lawmakers said it should provide extra funding for four specific areas of education, but over the years, lottery revenue has supplanted tax spending and is now mixed in with the rest of the state's General Fund.

"The notion that the legislature would consider this endowment separate and apart from normal General Fund revenues is not realistic," Stein said.

Forest said it would be up to lawmakers to live up promises made through the legislation.

The lieutenant governor insisted that businesses throughout the state would be happy to contribute to a fund that helps reward and retain high-performing teachers.

"I say it is a creative response to tough economic times," he said.

Stein, however, is skeptical.

"How many corporations do you know that voluntarily pay more in taxes to the state?" he asked.