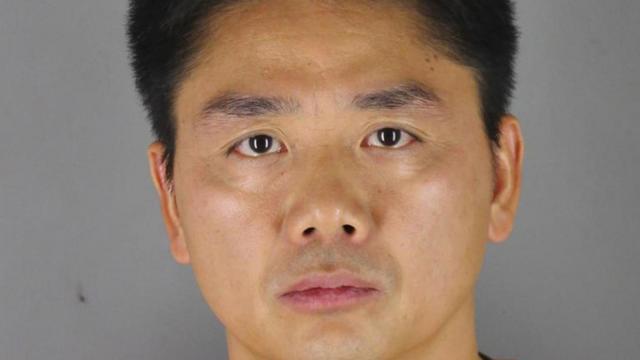 MINNEAPOLIS — When the Chinese billionaire Richard Liu was arrested two months ago in Minneapolis on suspicion of rape, he was not in town for business. Liu, a 45-year-old internet tycoon, was a student at the University of Minnesota, taking in lectures by day and enjoying dinner parties by night.

As prosecutors weigh whether to charge Liu, the case represents a setback for a university that has made progress on how it handles sexual misconduct. In recent years, the university has dealt with a series of sexual assault and harassment episodes involving students and faculty members, which have prompted a state audit and new campus policies. Now, the university is once again in the national conversation, and the focus this time is on a relatively new and lucrative academic program.

Liu, who has denied wrongdoing, was in Minnesota for a global business program, aimed at Asian executives, that is on track to generate over $10 million for the school in tuition since starting last year. His accuser, who has not been publicly identified, is a young Chinese student at the university who volunteered for the program.

The case “puts the university administration in an impossible situation” as it tries to simultaneously protect its students and its reputation, said Kristen Houlton Shaw, the executive director of the nonprofit Sexual Violence Center in Minneapolis.

“The program he’s participating in is a major moneymaker — it brings in these high-flyers and heavy hitters from around the world,” she said. “Their prospective students are watching.”

The police conducted an initial investigation into the rape accusation and passed along the findings to the Hennepin County attorney’s office, which says it has no deadline for deciding whether to press charges.

Liu was released less than a day after his arrest, and he returned to China. His company, JD.com, which takes in more revenue each year than any e-commerce competitor but Amazon, says he was falsely accused.

The university has not publicly spoken about the episode, and would not say whether it had started its own investigation. The university declined to say whether Liu was still enrolled in the program or eligible for a degree. “The University of Minnesota cannot comment, per federal law, on matters related to any specific allegations involving any student at the university,” said Caitlin Hurley, a spokeswoman for the school.

Ellen Schneider, a senior there, said many fellow students had not even heard about Liu’s arrest until she wrote a column in the school newspaper criticizing the university’s response. “It is just disappointing,” Schneider said. University administrators “did not take a stand as they should have done.”

The University of Minnesota has been a draw for Chinese students. At the Minneapolis-St. Paul airport, the second language on many signs is Chinese. The main university campus east of downtown is ringed by bubble tea shops, hot pot restaurants and grocery stores where Mandarin is commonly heard. The university counts more than 3,000 students from mainland China, Hong Kong and Taiwan.

Like similar programs at other schools, the university’s global doctor of business administration program caters to wealthy professionals like Liu who seek the cachet of an advanced degree. Some 236 students were enrolled as of early October.

The program, in conjunction with the elite Tsinghua University in Beijing, currently charges each student hundreds of thousands of dollars. The University of Minnesota expects to get as much as $85,000 per student from the latest class. The majority of the coursework is completed in China, but one week of the students’ second year is spent in Minnesota. For Liu’s class, the school arranged for lectures as well as entertainment, including dinner cruises and a football game.

With such programs, universities see the deal as: “We offer you a serious title, you give us a lot of money, and we give you a lot of work,” said Thomas Graf, the founder of a website called DBA Compass.

The university’s Carlson School of Management, which runs the program, has declined to discuss Liu’s arrest.

Sri Zaheer, Carlson’s dean, called the program “extremely selective.” It appeals to business leaders who “want to reflect on their own careers, who want to figure out what it is that made them successful,” she said.

In 2016, the college paid $282,000 to resolve sexual harassment complaints against its former athletic director, who resigned. The same year, several university football players were accused of gang-raping a female student. Though local authorities did not press charges, the university suspended or expelled several students, at one point leading the team to boycott events.

Early this year, the school suspended a star basketball player after an allegation that he had sexually assaulted a woman in his dormitory in 2016. Last year, 68 sexual assault incidents were reported to the University of Minnesota’s Twin Cities campus, with 12 reported to law enforcement officials, according to data collected by the Minnesota Office of Higher Education. The previous year, 47 incidents were reported and fewer than 10 sent to police.

Advocacy groups say the uptick at many schools is the result of women having become more comfortable reporting assaults in the #MeToo era. The number of rape cases reported by the University of Minnesota to federal regulators in 2016 — 0.39 incidents per 1,000 students — is in line with four-year public schools of comparable size, according to an analysis of data from the Department of Education.

The University of Minnesota has started training faculty and students on dealing with sexual misconduct. This year, it began requiring nearly all campus employees to inform the school when told about an episode of sexual misconduct.

A review made public this spring by the Minnesota legislative auditor determined that the university had resolved allegations of sexual misconduct by school employees in a satisfactory way in the past two years. But it said the school should develop a stronger appeals process.

Shaw of the rape crisis center said that Kaler, the university’s president, had “done a lot of good” in addressing complaints about how the school handles sexual assault cases.

This summer, Liu and other executives in the Carlson program took classes on topics like family wealth management and global branding, and visited local companies like 3M and General Mills. The evenings were for entertainment, including cruises on the Mississippi River and Lake Minnetonka.

On Aug. 30, a group, including Liu and his accuser, dined at a Japanese restaurant called Origami, according to a restaurant employee who was working that night and text messages exchanged between the accuser and the assistant of an executive who invited her to dinner. The messages were exchanged over WeChat, a Chinese messaging app. The New York Times reviewed screenshots of the messages.

Liu’s accuser had been invited to the dinner by another executive in the Carlson program, whom she had met while serving as a program volunteer, according to the statements she made to police and WeChat messages sent to her by the executive’s assistant. The executive asked her to sit next to Liu, she told police.

The following day, the woman sent WeChat messages to friends saying that Liu had raped her after the dinner. She told them that she had been “way too drunk” and unable to stop Liu from touching her while they were in the back seat of a limo, which she also recounted to the police.

When she was driven to a house she did not recognize, she asked to be taken back to her apartment, according to her statement to police. There, Liu forced himself on her, she told police. She told him “no” several times, she said.

A Carlson School administrator, Mandy Xue Bai, called the police in the morning after hearing about the alleged rape, according to the statements to police. Bai also encouraged the woman to report the incident to the police. Bai declined to comment.

“I am so very proud of our client’s courage, in coming forward and placing all of her trust and faith in the American justice system,” said Wil Florin, one of the lawyers representing Liu’s accuser.

Jill Brisbois, one of Liu’s lawyers, said that he was “unable to defend himself” because he “does not want to interfere with the process” while county attorneys decide whether to file charges.

“It is unfair to publish a one-sided story when once a determination has been made, all evidence will be disclosed to the public that will tell the complete story and we believe his innocence will be apparent,” she said in a statement. A week after the accusations against Liu surfaced, a new group of executives with the Carlson program started classes in China.

JD.com says that there has been no disruption to day-to-day business. Liu has cooperated with Minneapolis law enforcement officials, the company said in a statement, and will cooperate further if requested.

Last month, Liu and his wife were seen in England — she in a bright pink dress, he in a matching pink tie — attending the wedding of Princess Eugenie, ninth in line to the British throne.