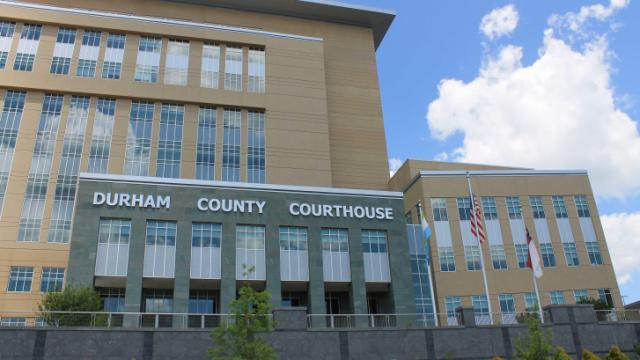 Durham, N.C. — For the last several years, Nana Asante and her colleagues at the Durham Crisis Response Center have seen a troubling trend among domestic violence protection cases in the county.

Victims will often show up for their hearings prepared to face their abusers only to find them absent. The defendant, the court will say, wasn't notified of the hearing.

The court date is moved back a few weeks, when the victim will need to appear again.

In the meantime, any emergency protection that court officials granted when the victim first walked into the downtown Durham courthouse seeking a legal shield against stalking, verbal harassment and physical threats is effectively worthless.

"It's difficult to begin the process of healing if you get the constant horror of coming back to this courthouse and getting told the case is continued," Asante said.

But a WRAL News investigation has found it's almost impossible to know just how effectively deputies in Durham – or any of the state's other 100 counties – are serving these court papers. The lack of data is one example of why it's so complicated to improve the response to domestic violence.

How the law protects victims

In Durham County, like every other county in the state, the responsibility of serving hearing summons and temporary protection orders lies with the county sheriff's office.

It's a civil process, not criminal, meaning deputies are limited in how they can seek out defendants. 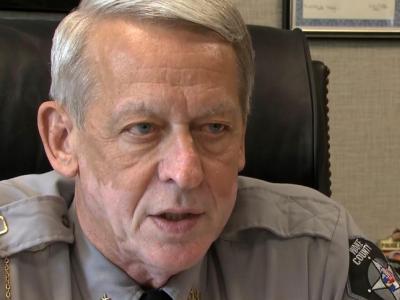 It's a process often made more difficult by unreliable information about the whereabouts of defendants who actively duck deputies.

"It's much more complex than taking a piece of paper and serving it. There are lots of intricacies involved," Maj. Paul Martin, of the Durham County Sheriff's Office, said. "I don't know who the person is. I can't make him show me ID."

Advocates say it can be an especially stressful time for victims, who have to wait for a hearing to get a permanent protection order.

"At the very time these victims are trying to go and get these protective orders, that is when they're in the most danger," said Amily McCool, an attorney with the North Carolina Coalition Against Domestic Violence. "That's when our system should be putting the most resources into getting these orders served."

McCool said abusers often will use that window to persuade victims to drop the case or ramp up their threats. And when a hearing is delayed over unserved papers, the problem intensifies.

In some cases, unserved papers in Durham County have prompted months of continued hearing dates. Each time, Asante said, victims are forced to decide whether to show up again or have the case dropped automatically for failing to appear.

"I have definitely had instances where clients have lost jobs because they're trying to do what's in the best interest of themselves and their children," she said.

For whatever reason, says retired Superior Court Judge David LaBarre, the longer the case persists, the more likely it is to end without resolution.

How many orders go unserved? The answer is murky

Determining the number of unserved orders in domestic violence cases is an elusive question. 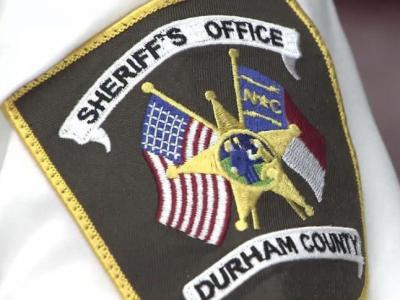 A WRAL News analysis of two weeks of early 2014 civil domestic violence cases provided by Durham County showed deputies served orders about 68 percent of the time in an average of six days.

A similar sample of cases from Wake County, by comparison, showed deputies there served papers 96 percent of the time and in an average of two days.

The records, kept on paper in county courthouses, are filed in a statewide electronic database maintained by the Administrative Office of the Courts. But a review of AOC data shows a handful of case files, with orders both served and unserved, were missing from the samples provided by county clerks.

In a review of AOC data from all of 2014, WRAL News found significant gaps in recordkeeping in multiple counties when clerks fail to log whether an order was served.

This can happen for any number of reasons, according to Wake County District Attorney Lorrin Freeman, a former clerk of the court. While she couldn't speak about service dates for domestic violence specifically, she said sometimes the sheer volume of cases means clerks don't have time to enter information easily accessible in the paper record.

That lack of data has left advocates, law enforcement and court officials guessing at the size of the problem.

Martin said his department tracks service of individual papers, not overall cases (protective orders and civil summons can sometimes be re-issued for the same person). Out of the about 1,300 domestic and civil no-contact orders issued in 2014, Durham sheriff's deputies served about 1,000. That's a rate of 76 percent.

Martin contends that if the department tracked people served rather than papers, the number would be much higher.

"It's more complicated than just pulling records from a two-week period," Martin said. "Even if our service is lower than Wake County, it may not be related to our efforts or our know-how. It may be related to a greater transient population involved in this issue."

Wake County, which handles about twice as many of these cases per day on average as Durham, has a dedicated domestic violence unit with two deputies per shift tasked with serving papers. Harrison said it's a formula that has worked well for the county.

"It’s come to the point where I don’t think we can do much better," he said.

"I think we have an excellent way of doing it," Martin said. "Now you can say the process is fragmented, but it necessarily has to be because there's no way we can just hire four or five people to serve domestic violence orders all the time. The budget won’t allow that."

LaBarre, who as an emergency judge concentrates on district and domestic violence cases in Durham County, estimates 15 to 20 percent of his cases don't get served by the first hearing – a practical problem he said is hard to solve.

"There's just a number of things at work here in terms of the service issues," LaBarre said. "I think by and large, law enforcement does a good job considering all the factors in terms of getting things served in a timely fashion."

But advocates point to Wake and other counties as proof Durham can improve. With a unit charged with serving domestic violence orders, McCool said, Wake has "the folks they need to do the hunting" for hard-to-find defendants.

"I think it's a pretty clear explanation of why they're more successful at serving those orders," McCool said. "They've dedicated those resources toward making it a priority."

Asante said the lack of definitive data is also troubling, since just tracking service can obscure one of the major burdens to victims – how long they have to wait.

Moving toward a 'one-stop shop'

Although he doesn't believe unserved papers are a result of his department's efforts, Martin said he recognizes the entire process could be improved. He said that would require a more collaborative effort between law enforcement, court officials, social workers and victim's advocates like the Durham Crisis Response Center.

"The only thing that’s going to solve this is a one-stop shop, where the process is not so fragmented, where it’s explained to everyone how it works," Martin said.

An approach like that, already in place in areas such as Forsyth County, would bring together resources in one location to make it easier for victims to get the help they need. It's a comprehensive solution to a complex problem, and Martin said county leaders are already discussing how it could be done in Durham.

LaBarre said more funding for domestic violence court would also help. The city scaled back the court to three days a week in July 2014, meaning less time to hear cases. He said the court currently gets no funding from the county.

With an additional $29,000 – "about a half a block of sidewalk" to the city or county, LaBarre said – court officials could add another weekday to the calendar.

"It's literally a drop in the bucket as far as their budget is concerned," LaBarre said. "But it's a huge benefit for folks who have to come through with these cases."

To Asante, Durham's problem with domestic violence cases is a question of priorities. She called Durham's service rate "absurd" and wants to see more commitment from city and county leaders to tackle a problem that is often devastating to adults and children alike.

"To see the numbers attached to this phenomenon is disappointing, and I think it’s shameful," Asante said. "If this is not a wake-up call for our local government and those who represent us in the judicial system to really rethink and reorganize the way in which we conceive of domestic violence, I don’t know what it will be."