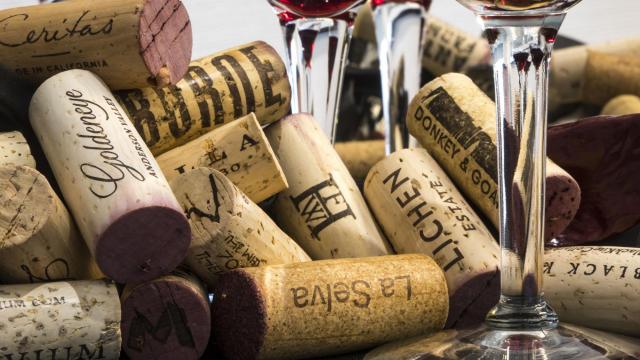 It’s been some time since I last visited the Anderson Valley, a bucolic sliver of coastal Mendocino County, where Pacific fogs glide through the towering California redwoods, playing cat and mouse with the rising sun.

It used to feel remote, a land of intrepid pioneers and self-sufficient individualists who were thrilled to be off the grid. The town of Boonville, in particular, cultivated a mythology of isolation, enhanced by the development in the 19th century of a local dialect, Boontling. It lives on both as artifact and tourist attraction, emphasizing the divide between locals and visitors.

The wines were often just as idiosyncratic, refusing to toe a line set by some other region or publication. The land and the climate were conducive to good pinot noir and, by the early years of the 21st century, the valley had gained a reputation for a leaner, more balanced style than the powerful, jammy wines that were then fashionable.

A lot has changed in the Anderson Valley in the last 15 years. The region caught the eye of successful producers in other parts of California, and they have flocked en masse. Some simply buy grapes and transport them back to their bases to make wines. Some have planted or bought vineyards, while a few have gone so far as to establish winemaking facilities here.

A recent tasting of 20 Anderson Valley pinot noirs by our wine panel suggests that the region is one of California’s most promising areas for the kind of restrained, savory, nuanced wines that until recently were in short supply in the state.

For the tasting, Florence Fabricant of The New York Times and I were joined by two guests, Nikki Ledbetter, beverage director of Upland near Madison Square Park, and William Carroll, the wine director of Blue Hill at Stone Barns in Pocantico Hills, New York.

After our blind tasting was over, a look at the list of wines revealed few of the old Mendocino standbys. Good bottles from Handley Cellars are available, but none were in our tasting. Lazy Creek Vineyards used to be a favorite of mine. But it was bought by Ferrari-Carano of Sonoma in 2008, and I have not seen any bottles since then.

Of our top 10 wines, in fact, only one producer, Drew, is based in Mendocino. The other nine all operate elsewhere, mostly in Sonoma, but buy fruit from the Anderson Valley.

Because pinot noir is such a transparent grape, with an unsurpassed ability to express a sense of place in the wines, it might be reasonable to assume that the place where the grapes are grown dictates the character of the wine. But that is a misconception about pinot noir and the power of terroir.

The term terroir refers to the soil in which the vines grow, the climate and nuances of that site, its elevation and angle of exposition to the sun, along with the desires and intentions of the people farming the site and making the wine. That last element is the most powerful. It can permit a wine to express the character of a site, or it can overwhelm it.

So terroir really refers to the potential of a place rather than its unwavering qualities.

We all agreed that the Anderson Valley has great potential to make fine pinot noir in a precise, focused style. The best examples we found were harmonious and nuanced, with aromas and flavors of flowers, red fruits and earthy minerality. Many were moderate in alcohol as well. Among our top 10, only one, the 2015 Velvet Sisters Vineyards from Hartford Court, hit 14 percent. The others were largely below 13.5 percent, and six were under 13 percent.

Not that alcohol levels are invariable indicators of style or quality, but they can be suggestive. In pinot noir particularly, alcohol levels rising above 14 percent can signal wines that may be thicker in texture and offer the impression of sweetness.

We certainly found a few of those high-octane pinot noirs in our tasting, wines that were cloyingly sweet, jammy and rich. But those were the exceptions. Most of the wines were made with a much lighter touch. Beyond the clumsy few, what separated our top wines from those that did not make the cut was an extra dimension, a wrinkle or two that distinguished the intriguing from the serviceable.

“Some were light and bright, others deeper and darker,” Ledbetter said. “I liked the balance of savory, herbal and mineral.”

Carroll noted that many had great acidity, which gave them freshness, and he felt that many of the wines were enjoyable with food, or on their own.

Our top bottle was the 2016 Hacienda Secoya from Ceritas, which is better know for its wines from the Sonoma Coast and Santa Cruz Mountains. The husband-and-wife proprietors, John and Phoebe Raytek, have a talent for finding vineyards that allow them to make subtle, nuanced wines. This bottle is structured and precise, from the Deep End of Anderson Alley, as the cool northwestern corner is known.

Our No. 2 bottle was the lively, floral 2016 Filigreen Farm from Donkey & Goat, based in Berkeley. Jared and Tracey Brandt, another husband-and-wife team, are more likely to be making blends or wines from esoteric grapes than they are Anderson Valley pinot noir, but this one, their first pinot from Filigreen, is superb.

The third of our top wines was the earthy, precise 2016 Savoy Vineyard from Peay, a family operation better known for wines from its Sonoma Coast estate. While pleasantly fruity, the Savoy had just enough alluring extra elements — an herbal edge, a touch of minerality — to make it interesting.

The next rank included the homegrown 2015 Fog-Eater from Drew, bright, energetic and crunchy; and the lively, refreshing 2015 La Selva from Lioco, which is better known for its Sonoma wines, but seems to be making a greater commitment to the Anderson Valley. At No. 6 was the balanced, lively 2015 Les Voisins from Copain, another Sonoma-based winery. Since this wine was produced, Copain was purchased by Jackson Family Wines, and its founder and winemaker, Wells Guthrie, has left to pursue other projects. But he made this wine, and it shows his typically light touch.

The Copain was followed by the subtle, complex 2016 Les Larmes from Littorai, which specializes in pinot noirs and chardonnays from the Sonoma Coast and Anderson Valley. Les Larmes is a blend from several different vineyards, and so something of a less expensive introduction to the single-vineyard wines more typical of Littorai.

Next came the 2015 Hartford Court, a bigger wine than the others, with darker fruit flavors but well balanced nonetheless. Also keep in mind the 2016 Savoy Vineyard from Failla, softer textured and more straightforward than the Peay Savoy, and the 2015 Charles Vineyard from The Withers, a fresh, harmonious wine with flavors of sweet red fruit.

It’s no accident that so many of these producers are also making pinot noirs from the Sonoma Coast and, in the case of Ceritas, from the Santa Cruz Mountains.

These regions, along with the Santa Rita Hills in Santa Barbara County, are the sources of California’s finest pinot noirs. The Anderson Valley may wish by nature to stand apart, but it has taken its place among California’s pinot noir elite.

Pinot noir always makes me think Burgundy. And so I was inspired by France when looking for a recipe to accompany these complex Anderson Valley pinot noirs. I remembered a recipe by Madeleine Kamman, the French chef who died this summer. It is one that I’ve adapted and turn to when a cool season is on the horizon. Perhaps it’s the dried fruit, or chicken braised in a sauce (instead of being striped on the grill) that appeals to me at this time of year.

But it’s an easy winner for dinners when fall approaches. Some of the ingredients — including the raisins, walnut oil, brandy and verjus — can all come from California to flatter the wine. Though plumped raisins are called for, other dried fruit, like diced figs or quartered prunes work well, too. As for the verjus, the unfermented juice of green wine grapes, it’s sold on many California and New York winery websites as well as by sources like Walmart, Amazon and igourmet.com. — FLORENCE FABRICANT

1. Place raisins in a bowl, add brandy and set aside to plump overnight or for at least 8 hours.

2. Make the chicken: Dry chicken pieces. Heat oil in a sauté pan on medium-high, add chicken, skin side down, season with salt and pepper, and sear until golden brown, 6 to 8 minutes. Turn pieces and brown second side. Scatter shallots over chicken. Add verjus to the pan, cover, reduce heat to low and cook 15 to 20 minutes, basting chicken once, until chicken is cooked through.

3. Remove chicken to a dish and cover to keep warm. Add raisins with their brandy to the pan, bring to a simmer for a couple of minutes, then add glace de viande and crème fraîche. Cook for several minutes, until the sauce thickens enough to coat a spoon.

4. Return chicken to the pan, baste with the sauce, then transfer the contents of the pan to a warm, rimmed platter and serve.