For one town, perseverance and connection leads to success

This article was written for our sponsor, the North Carolina League of Municipalities.

Through much of the 20th century, the City of Rockingham's economy – like those in a number of North Carolina towns – was tied to the textile industry. Located in Richmond County, Rockingham once was part of one of the wealthiest areas in the state and the county's textile mills employed thousands.

In the latter half of the century, its fate again looked not so different from a number of towns dependent on textiles. The mill jobs began to disappear. The city faced difficult decisions.

"The story of textiles is that they exited out. So, we had to go to work like a lot of communities did," said City Manager Monty Crump.

In many ways, its story is one of perseverance, finding ways to keep Rockingham economically vital by leveraging some of its own unique advantages – whether through its history of motorsports, its partnerships with longstanding and new industries, or its location along Interstate 73/74.

Crump and other town leaders acknowledge the construction of the interstate beginning in the late 1980s was a boon, enabling them to pursue economic development opportunities. One of those, Perdue Farms, continues to expand its chicken processing plant and today employs more than 1,000 workers in Richmond County.

"With the investment in the highways and the water and sewer system, we were able to attract and build with folks in wet industries — water and sewer users," Crump explained. "It has proved to be a good call." 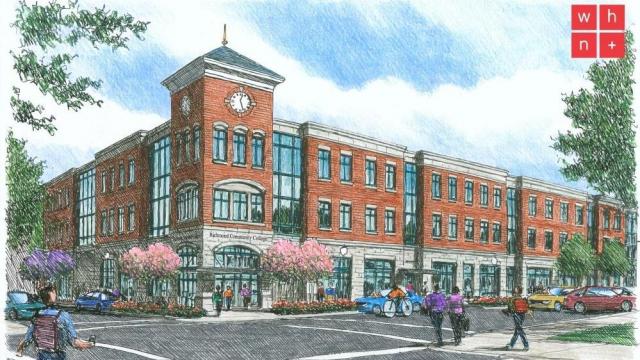 Additionally, the city is making infrastructure investments to revitalize its downtown district, announcing a $14 million project last year. The project is funding the construction of a new satellite campus for Richmond Community College, and is a collaborative effort between RCC, Richmond County and Rockingham.

The project has resulted in 10 new downtown businesses and $30 million in public/private investments.

"The [RCC] project is another opportunity to bring people back to downtown and further reinvigorate Rockingham's core commercial area," Rockingham Mayor Steve Morris said in a press release.

Already, the downtown is home to Discovery Place Kids satellite museum, a regional attraction for school children which has acted as an anchor institution for other downtown businesses.

Local officials see the museum as a big draw for children and families. Now they hope the RCC project will do the same for millennials and young adults. It's all about building blocks of success.

While it has made infrastructure investments, Crump acknowledged Rockingham was not left with "a bag of debt," lots of excess water and sewer capacity, or deferred maintenance needs like some North Carolina towns that saw the mills close. To a large degree, it has been the decline of textiles, furniture and tobacco – and the accompanying population losses -- in many towns that have led to water and sewer infrastructure needs estimated in the billions across the state.

Rockingham has had another advantage key to its development – partnerships with business and state leaders that have developed over decades.

"It's so important to have relationships with local industries … to be aware of their plans, to understand how their business is dealing with changes in the economy. I think that's something that Rockingham in particular did a really good job of," said former Rockingham Mayor and state Sen. Gene McLaurin (D-Richmond). "That was key to us being able to make investments that would not only provide the service that was needed for the industries, but also such that we didn't go into excessive debt."

Rockingham's downtown community projects were partly the result of partnerships with two private foundations that helped provide funding. And by leveraging partnerships with state and federal agencies, the town has received a number of grants.

"I'm proud of Rockingham," McLaurin said. "I think it's a great place to live and that we have a good community. I'm optimistic. I think when rural communities do the kinds of things they need to do, then the future is bright for rural communities across North Carolina."

This article was written for our sponsor, the North Carolina League of Municipalities.