For NC schools, Florence could be 3x worse than Matthew 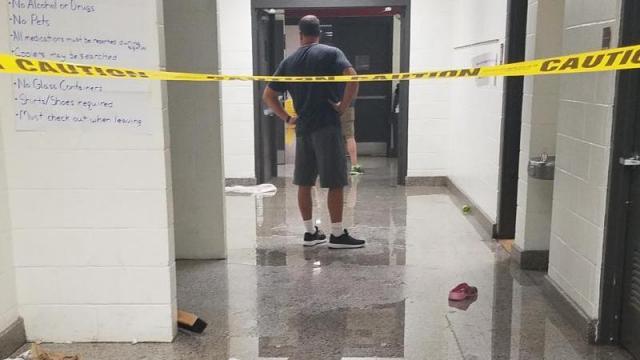 Raleigh, N.C. — State education officials are still tallying up the damage to schools, but this week, the latest estimate had risen to $40 million in losses.

"That is a big number and a lot of claims, and it's very difficult to say where that number will end up,” said Chief Officer of the North Carolina Public School Insurance Fund Eileen Townsend in her report to the State Board of Education.

And whatever the final number, the Department of Public Instruction's insurance fund will be on the hook. The department offers flood insurance to schools that can't afford to buy it anywhere else, so the department has a high-risk portfolio concentrated on the coast and in the less-wealthy southeastern part of the state.

“This hurricane has produced claims in excess of what the fund has never seen before. Just to give you an idea, we had about 125 claims that came in the last week and a half,” Townsend said.

DPI adjusters are working to assess claims in 17 school districts that range from tens of thousands to millions of dollars each. Adjusters have yet to visit all schools, so the total expense continues to mount.

Townsend said that she expects Florence to cost at least three times what Hurricane Matthew bled from the fund two years ago.

“A lot of people have been asking me, "Well, what's the difference between Hurricane Matthew and Florence?" Well, my first response was Matthew was a guy and Florence is a woman and the woman always has the last freaking word,” Townsend joked, adding “I'm glad I got a laugh because I haven't really laughed that much.”

Gender stereotypes aside, it’s well known that Florence stuck around a long time, moving at a crawl. While schools were without power and air conditioning, they began to grow mold and mildew in soaked drywall. That kind of damage is still being discovered, weeks after the storm.

Adjusters continue to trek out to inspect every damaged building. Townsend said she has many challenges in this job, and one is just witnessing the storm's grueling effects.

“To see homes that have been completely devastated, and clothes outside, and their life is … gone,” Townsend said.

Those losses, seen by families and children, those are the losses educators will begin to assess once students return to school.