For Many American Families, Abolishing Birthright Citizenship Is ‘Unthinkable’ 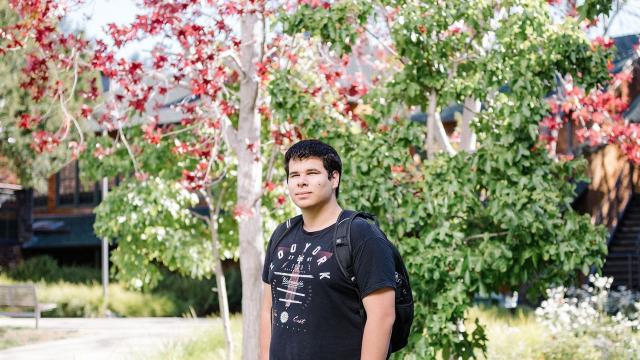 Cipriano and Josefa moved to the United States in the early 1990s from Guerrero, Mexico, and settled in North Carolina. They got jobs on chicken farms, hoping to secure a chance at the American dream for their growing family.

For three of their children, who were born in the United States, it worked: As American citizens, they have been allowed to drive, attend college at in-state rates, work and rent apartments legally. One of them served three years in the Marines. They vote in U.S. elections.

But a fourth child, a daughter who was only a year old when the family moved illegally to the United States, had a different experience. Though she is the oldest of her siblings, she was the last to move out of her parents’ home. She waited longer to get a driver’s license and her own place to live. And despite her academic success, she attended community college because she could not afford to pay out-of-state fees at a four-year university.

“It was painful to see her suffer just because she wasn’t born here,” Cipriano, who agreed to be identified only by his first name because they are in the country illegally, said of his oldest daughter. “Ever since she was a little girl, she was good. She got good grades, followed the rules, met her goals. She always tried to help people. It hurts your heart to see her frustrated.”

The family was split by one of the oldest tenets of American democracy, which automatically grants citizenship to anyone born in the United States, even those whose parents are in the country illegally. President Donald Trump said he was exploring a plan to abolish birthright citizenship to children born of unauthorized parents, a move that could have consequences for a wide variety of families from around the world.

The United States is one of at least 30 countries that automatically grants citizenship to anyone born within its borders. The beneficiaries range from the children of entrepreneurs and academics working in the United States to birth tourists, who travel to the United States while pregnant, often from China, Turkey or the Middle East, to give birth to children who will be American citizens.

The latest policy proposal appears to be aimed chiefly at families from Mexico and Central America, who make up three-quarters of the unauthorized population in the United States and who continue to arrive at the southwest border in substantial numbers.

Upon turning 21, the American children of unauthorized immigrants are allowed to sponsor their parents for legal permanent residence, adding to concerns among advocates of stronger immigration laws that newcomers are using “anchor babies” to get public benefits and a foothold toward legal residence.

Many parents who have gained permanent legal residence through their children say they earned it by working and paying taxes, and by maintaining a clean criminal record, one of many legal requirements.

“We came looking for better opportunities for our three children. We knew this country would be very generous if we worked hard,” said Jacqeline Osorno Torres, who was sponsored for a green card, along with her husband, by their daughter, Jackie Aranda, a 30-year-old lawyer in Los Angeles.

“Before that status was possible, we worked hard and did what we could to make sure our kids had access to the best education possible so that they would have a better life,” Osorno Torres said.

Unauthorized immigrants have given birth to about 4 million children who are U.S. citizens, according to the Migration Policy Institute, a nonpartisan research outlet. The Pew Research Center found that the parents of 9 in 10 of those children came to the United States at least two years before giving birth, suggesting that many chose to move here in search of work, rather than simply to give birth to American babies.

“People don’t come here to have a baby,” said Michael Fix, a senior fellow at the Migration Policy Institute. “People tend to come here, all the studies indicate, for a better life and economic progress. Babies are more or less a byproduct.”

That may be true, but children born in the United States benefit greatly in comparison to children brought into the country as immigrants.

Mario Pimentel of the Philippines got a green card through his sister, Grace, who had married an American man. Pimentel arrived in California in 1987 and got a job as a shipping clerk. He later married a woman he met as a pen pal from the Philippines and brought her to the United States by sponsoring her for legal residency. The couple had two children in Oakland: Daisa, 22, and Daryll, 30, who are university graduates.

The idea of abolishing birthright citizenship is “unthinkable,” Daisa Pimentel said, adding that she felt it would go against the country’s founding ideals.

Pimentel works at the student affairs office at the University of California, Berkeley, where she said she interacts daily with other American-born children of immigrants of varying backgrounds who have all achieved substantial academic success. She said she was paying for her education through a combination of grants, loans and part-time work — much like any America student coming from a low-income family. Isaac Naranjo, 19, a sophomore at Berkeley, said his mother was a teenager when her parents brought her to the United States from Ecuadorin the early 1990s. The family overstayed their visas and remained in the country.

Naranjo, born in Miami, will never forget the day that Immigration and Customs Enforcement agents raided their home when he was 5 years old. His mother was allowed to stay in the country after a protracted court battle and now has citizenship. But he was never threatened.

“I was fortunate enough to have the 14th Amendment to protect me. As a result, I was able to go to high school without a fear of ever being deported and am now studying at Berkeley,” said Naranjo, who is studying political science and history.

Many of the beneficiaries of birthright citizenship have served in public office or done other work on behalf of the country.

At least 53 members of Congress were born in the country to immigrant parents, according to Pew. Among them is Rep. Mia Love of Utah, the first black female Republican in Congress and the daughter of Haitian immigrants who now have U.S. citizenship.

Love defended birthright citizenship on Tuesday. “I have always opposed presidential attempts to change immigration law unilaterally,” she said in a statement, adding, “The Constitution gives Congress, not the President, the power to ‘establish a uniform rule of naturalization’ and the 14th Amendment makes the conditions of citizenship clear: Individuals born in this country are citizens.” Sonia Figueroa-Lee, 38, is the daughter of a South Korean immigrant who at the time she gave birth was in the country illegally after overstaying a visa. A U.S. citizen, Figueroa-Lee enlisted in the National Guard after the Sept. 11 attacks and served in military intelligence.

“When 9/11 happened, I felt like I had to give back to my country,” said Figueroa-Lee, who is now an immigration lawyer in Los Angeles. “Being the child of an immigrant, I was proud to defend my country.”