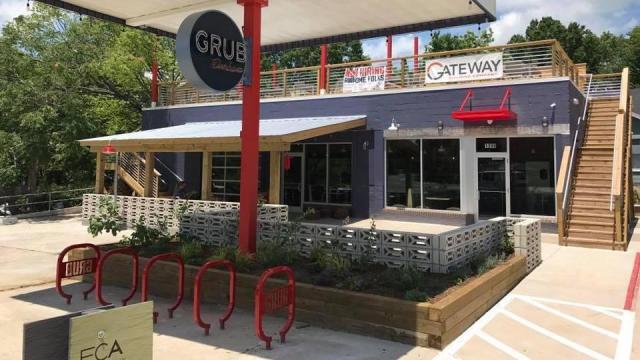 Durham, N.C. — Grub Durham, the latest project from Durham-born restaurateur Wendy Woods, who co-owns Piper’s in the Park, Nosh and the Jo Rae Cafe, is now open. Grub’s home is in a 61-year-old renovated service station on West Chapel Hill Street complete with a rooftop bar. This space is super cool and the menu looks amazing.

Downtown Raleigh is a couple of weeks away from getting another cool rooftop space atop the new 10-story Residence Inn Raleigh Downtown. 10th & Terrace will have a spectacular view overlooking the Duke Energy Center for the Performing Arts and will have lots of comfortable seating, a small plates menu that changes seasonally and a local beer and craft cocktail list that should make this an immediate hit for hotel guests and other visitors to downtown Raleigh. It will be accompanied by The Overlook, the indoor restaurant.

WRAL reported this week that Andia’s Homemade Ice Cream opened its first brick and mortar location this past week in Cary after starting as The Freezing Pointe, an ice cream catering business. It is located at Cary Park Town Center at 10120 Green Level Church Rd. 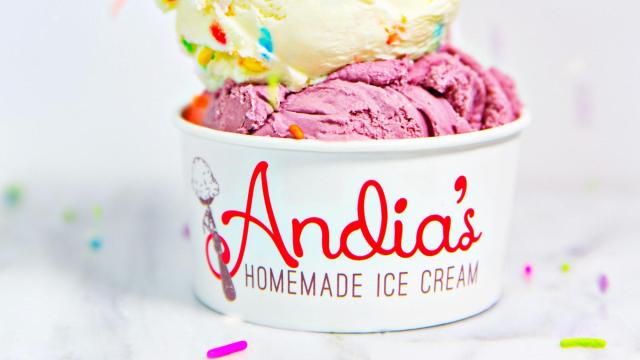 Had a couple of folks inform me that the next location of Nothing Bundt Cakes is coming to Falls Village (6643 Falls of Neuse Road) in Raleigh. Many thanks to Katie Page and Rebecca Calhoun. The sign in the window says it will open in the fall of 2017, and I also noticed on their website that they have another location coming to Hope Valley Commons shopping center.

Also in Raleigh, reader Jeanette Hauser got word to us that a new Vietnamese restaurant called Pho Sure is coming to the Celebrations at Six Forks shopping center next to Tokyo House (corner of Six Forks and Saw Mill). Unfortunately, we don’t have any additional information on it at this time. But we will keep an eye on it…for sure (sorry, couldn't’t resist).

Amber Watson over at Bites of Bull City tipped me off to the fact that Durham is now home to a new Ethiopian restaurant called Goorsha. They moved into and renovated the former Rainbow Chinese restaurant on W. Main Street. I tried Ethiopian food for the first time a few weeks ago with friend Aziz Carrell and his family and look forward to getting over there soon with him.

The News & Observer reported that Hops Burger Bar, which TripAdvisor called the best burger spot in the nation in 2015, is opening in the former Lime Fresh Mexican Grill space on West Franklin Street in Chapel Hill. They currently have two locations in Greensboro and are slated to open the Chapel Hill location in January, 2018. 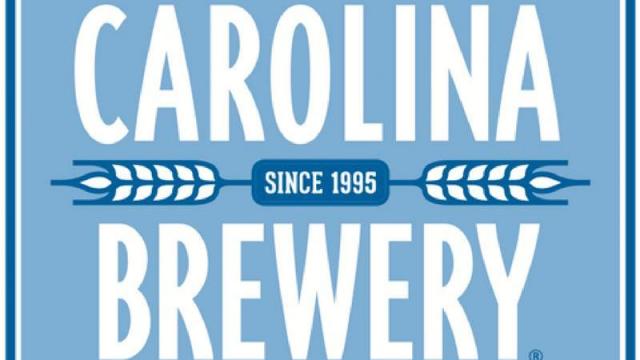 Also in Chapel Hill, Carolina Brewery will be celebrating their 22nd anniversary with lots of changes – following renovations to the physical space at their W. Franklin Street brewpub, they will unveil a number of menu changes. All offer a new, refreshing feel that reflect the community that surrounds them. The new menu will be unveiled next Monday, July 31.

Two Golden Corral closings – 1420 E. Broad Street in Fuquay Varina and 7224 Alford Hwy in Holly Springs. Surprisingly, there are still 40 locations sprinkled throughout North Carolina. Thanks to Chris Creighton for the tip.

At Cary's Shoppes of Kildaire, reader Jeanette Hausernotified us that Hurricane Grill has closed. Also in Cary, Donnie Darr informed us that Ledo Pizza on High House Road closed.

And the food truck rodeos in Durham and Raleigh are back in full swing. The next Downtown Raleigh Food Truck Rodeo is next Sunday, August 6, and Durham’s next one will be in early September. Check out the Durham dates here and the Raleigh dates here.

This weekend is the Beer, Bourbon and BBQ Festival being held again this year at Cary’s Koka Booth Amphitheater on Friday and Saturday. Basically it is two days of beer sippin’, bourbon tastin’, music listenin’ and barbeque eatin’.

Also this weekend in Raleigh is the 12th Annual NC Japan Summer Festival which has expanded and will be held at the State Fairgrounds! On Saturday from 1 to 8 p.m. you can experience delicious traditional Japanese food, interesting cultural displays and activities, and lots of music, dancing and other entertainment and games for families and couples. 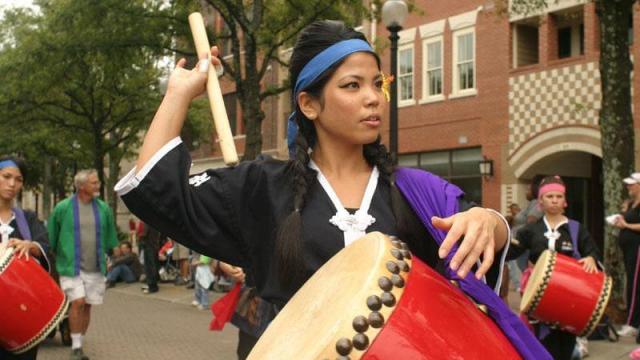 Catering Works will hold their next Foodcation at their event space, The Laurelbrook, on August 3 with the “destination” being Asia! “Travel” through the Southeastern territories for their signature spin on authentic Asian street fare and onward to inspired Indochina fusion delicacies! Tickets are $45 for the seven-course meal/trip.

Chef John May is partnering with local purveyors to create exciting themed evenings at Piedmont. Each dinner will consist of four courses with optional beverage pairings, and chef May will welcome guest distillers, cheesemakers and farmers to the restaurant to educate diners about their products. The last one is August 10 with the theme Lost Dishes of the Midatlantic and Punches. The cost is $40 for four courses and an additional $15 for beverage pairings.

The 6th annual Raleigh Gluten and Allergen Free Wellness Event will be held this year at NC State Fairgrounds in the Kerr Scott building on August 12 from 10 a.m. to 4 p.m.

The North Carolina Restaurant & Lodging Association will hold the second annual NC Chef Showdown on August 21 in Raleigh’s historic downtown City Market. Participating chefs will present a dish to a distinguished panel of six judges and will prepare sample-sized offerings for approximately 200 attendees. Attendees will determine the recipients of the “People’s’ Choice” awards, while the judges will select Chef of the Year and the Pastry Chef of the Year.

How does beer and fresh produce sound? Count me in! The Chapel Hill Farmers’ Market at University Place will hold their annual Brewfest on August 26 from 8 a.m. until noon. The event will feature brews from 11 different breweries. 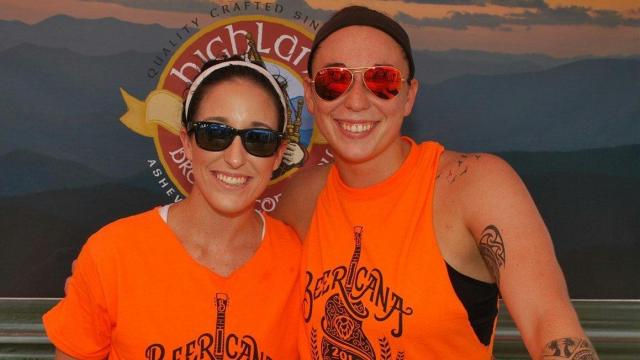 The News & Observer brought it to our attention that tickets for Beericana Craft Beer and Music Festival are on sale now. Beericana will take place again in Holly Springs on September 9 and will feature 70 breweries, 16 food trucks and thousands of beer lovers.

Join host chef Teddy Diggs of Il Palio at the Siena Hotel in Chapel Hill on September 14 for Festa Italiana, a Friends of the James Beard Benefit Dinner. Cocktail hour begins at 6 p.m. on the terrace with hors d’oeuvres, games of bocce and a silent auction. Dinner begins at 7:30 p.m. in the Il Palio dining room and is followed by a live auction. Tickets are $185.

Pittsboro’s annual PepperFest will be held on September 24 at the Great Meadow in Briar Chapel. is a celebration of local food made by local chefs and food artisans featuring 40 different kinds of locally grown peppers prepared in hundreds of creative ways. 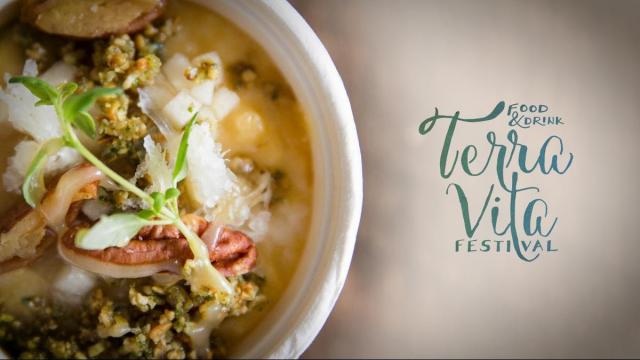 Tickets to the eighth annual TerraVita Food & Drink Festival (@TerraVitaFest), scheduled for Oct. 18-21 in and around Chapel Hill, are now on sale now. It will sell out. Trust me!

Go ahead and mark your calendar for Downtown Raleigh Restaurant Week August 21-27. Participating restaurants will offer three-course prix fixe dinners for either $21 or $31 per person, depending on the venue (tax and tip not included).

As a special amenity to downtown employees and other daytime downtown visitors, some restaurants will be offering $5 and $10 lunch specials during Downtown Raleigh Restaurant Week only! And new this year, they are partnering with the Food Bank of Central and Eastern North Carolina to donate $1 from each Restaurant Week dinner sold to those in need!