Richlands, N.C. — After a deputy received a Bojangles' Bo-Berry biscuit at an Onslow County restaurant with an icing design that spelled "F U," the restaurant is now serving heart-shaped biscuits to show support for law enforcement.

Daniel Pridgen, a sheriff's deputy in Jones County, was in uniform when he stopped at a Bojangles' in Richlands on Monday on his way home from work.

Pridgen said he ordered roasted chicken bites at the drive-thru and was asked to pull forward and wait while they cooked. After 15 minutes passed, Pridgen told WRAL News he walked inside the restaurant to find out what was taking so long.

Pridgen said the person at the counter was apologetic and offered him complimentary Bo-Berry biscuits for his long wait. 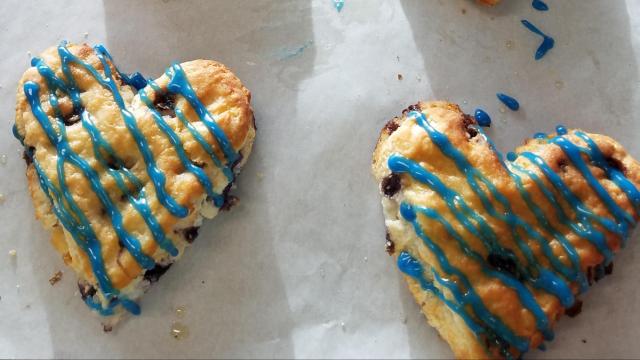 When the deputy got home, he opened the box and saw "F U" spelled out in icing letters on one of the biscuits.

Pridgen took a photo of the biscuit and posted it to his Facebook page. The post spread quickly, and he was contacted twice by the franchise owner.

Now, the restaurant is serving heart-shaped biscuits with blue icing to show the company's support for law enforcement. 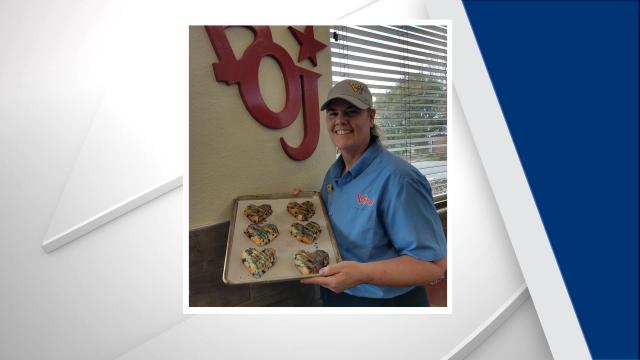 Tanya Wells, the manager, came up with the idea. She also raised a blue line flag out front.

She told WRAL that she will sell the heart-shaped biscuits until they run out of blue icing.

Pridgen did not want to do an on-camera interview with WRAL News, but he said Bojangles' has been "phenomenal, generous, professional and super."