Raleigh, N.C. — Ahead of the long Fourth of July holiday weekend, U.S. Coast Guard officials issued a warning Friday for beachgoers to be on the watch for dangerous rip currents.

Four people have died in recent weeks due to rip currents off North Carolina beaches, and dozens of others were rescued by lifeguards. Coast Guard officials say rip currents are the No. 1 cause of drownings in the U.S.

Officials are urging people to understand how to respond if caught in a rip current and not to panic.

A rip current is a channel of water moving away from the shore. It's most often caused by breaks in the sand bar or obstructions in the water such as piers and jetties," Tom Gill, with the U.S. Lifesaving Association, said. "The problem with rip currents is they're extremely difficult to spot. If you're in the water, it's basically impossible."

For those who are spending time along North Carolina beaches this weekend, be on the watch for the following signs, which could signal strong rip currents: 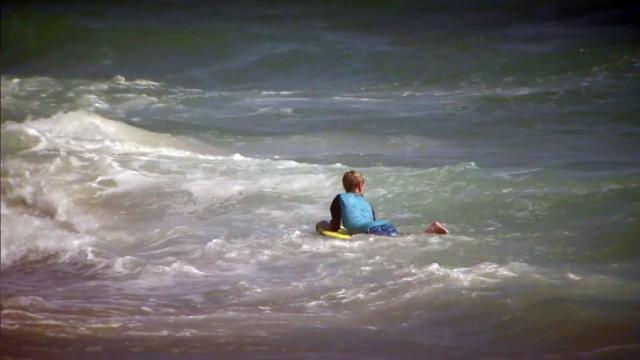 Rip currents can be worse on days that include high winds or waves, officials said.

If you find yourself in trouble, there are options, Gill said.

"Rip currents do not pull people under, they just pull them out. If you're comfortable, swim parallel to shore. When you're not being pulled out anymore, you can easily swim back towards the shore line," Gill said. "If you're not comfortable with that, just keep floating, raise your arms and yell for help. The lifeguards will come and get you."

Other ways to prevent rip current issues is to be aware of weather conditions before you go to the beach.