Florida couple killed when plane goes down in Umstead Park

Raleigh, N.C. — A Florida couple – a 72-year-old veterinarian and his wife – died when a plane crashed Sunday night in Raleigh.

Search and rescue crews located the plane around 10 a.m. Monday in William B. Umstead State Park, upside down in a tree near the Reedy Creek multi-use trail following an extensive overnight search.

"It was a rugged area, a lot of debris, trees," said Raleigh Fire Department Assistant Chief Kendall Hocutt about the crash site. "It was difficult to locate."

Dr. Harvey Partridge and Patricia Partridge, both 72, of Terra Ceia, Fla., were on board. Friends of the family told WRAL News that he was an experienced pilot who had logged thousands of hours in the air. 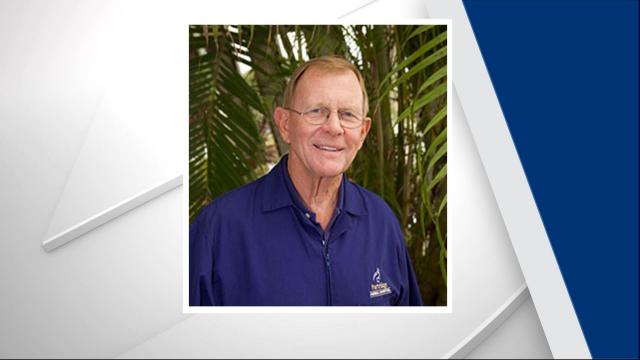 The couple was on vacation in North Carolina, friends said.

Raleigh-Durham International Airport officials said the National Transportation Safety Board will investigate the crash along with the State Highway Patrol and North Carolina Parks officials.

According to an RDU spokeswoman, airport workers were notified at 7:25 p.m. Sunday by air traffic controllers from the Federal Aviation Administration that a small aircraft approaching the airport disappeared from radar somewhere over Umstead State Park, which is adjacent to the east side of RDU. 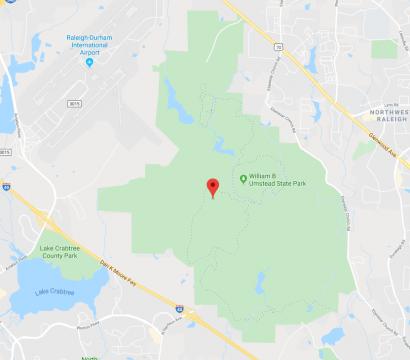 A statement by the FAA identified the plane as a Piper PA32 that was on approach to Runway 32 when radar contact with the small aircraft was lost. That runway is the smallest of three landing strips and perpendicular to RDU's primary runway.

Flight tracking data shows that the Partridges' took off from Columbus, Ga., and their plane circled RDU multiple times.

"The only thing I see is the beacon," he answered.

"OK, we’re going to turn the lights up to see if you can see the runway," the tower answered.

"This pilot, at some point in time, was having a little bit of difficulty with that instrument approach," Paul Wilder, president of Wings of Carolina Flying Club, said Monday.

Airport fire and first responder crews were dispatched to the scene, which prompted the airport to suspend operations for about 30 minutes, said Crystal Feldman, vice president of communications, government and community affairs at the airport.

All flights were running on a normal schedule Monday morning.

Wilder, who has been flying for 30 years, said losing a fellow pilot is hard, even if they’ve never met.

"It’s such a tragedy for us all, but we also try to learn from it and get something positive out of it so we can all better ourselves and decrease the probability of this happening again," he said.

The St. Petersburg, Fla., area was devastated over the couple’s death.

"He just loved animals," said Sgt. Todd Hancock of the St. Petersburg Police Department, where Harvey Partridge treated police dogs. "When he did go in the exam room to see the dogs, he would always ask how was he doing, any good stories lately and things like that, so really a warm person. A really nice human being, and he’s going to be missed."

Editor's Note: WRAL News at Noon Monday aired a photo of a man who was incorrectly identified as the pilot in this crash. The video and photo appeared online and on air. That video has been removed from the this story and will not air again on WRAL.