Flood Insurance: Knowing When the Risk Justifies the Cost 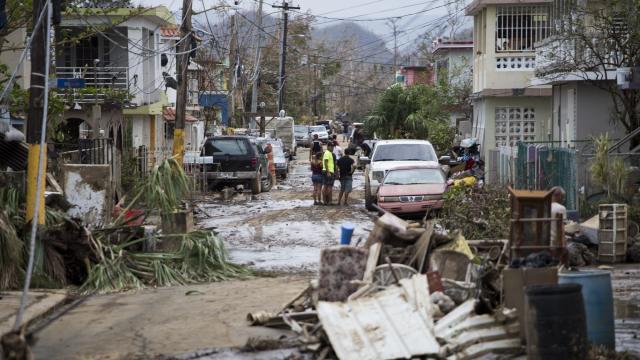 Coastal areas flood just as surely as the sun rises and sets over the ocean’s waves. Rivers overflow their banks and fill the basements of homeowners who enjoy great views. And although lakes and ponds pose less of a problem — drought has depleted many — with enough rain, anything is possible.

Add the intensifying effects that climate change has on storms — from torrential rains to lashing winds — and someone living close to the water faces real perils.

For federal insurance, like that provided by the National Flood Insurance Program, which covers up to $250,000 of structural damage to a home, the cost is about $700 a year. Private policies to insure a home and its contents can run thousands of dollars a year more, with high deductibles.

But then, think about Houston, the Florida panhandle and most of Puerto Rico — and the cost of rebuilding can run into the billions.

While people might complain about the cost of their flood insurance, some have a more annoying problem: Even in low-risk areas, mortgage companies and insurers may require homeowners to buy a policy or face an even more expensive option: force-placed insurance, which the mortgage holder purchases and charges to the homeowner.

In those cases, the challenge is getting the requirement removed.

Take Roger and Malea Jaffe, who bought a duplex in Midlothian, Texas, three years ago. The town, a suburb of Dallas, is about 20 miles from Joe Pool Lake. They were still sent a bill for $5,000 for flood insurance

“In 2015, we had a lot of rain, to the point where the Joe Pool Lake was 15 feet over its normal level, but we still had no flooding here,” Malea Jaffe said. “No one understood why we needed flood insurance.”

Deborah Harrison, who bought a home on a lake outside of Coeur d’Alene, Idaho, had a similar problem.

When she purchased the house, she was told she needed flood insurance. Harrison does not dispute that her house is on the lake. It just happens to be a lung-burning 120 steps above the lake.

She said one surveyor even told her that if her house ever flooded, “the entire city of Coeur d’Alene would be underwater.”

As expensive as that is, challenging those requirements takes a substantial investment in money and time. Homeowners can’t just take a photo of, say, the dusty Texas ground or the slope of their hill on a lake. They have to prove they are not in a flood zone.

Doing this is complicated because the maps of the Federal Emergency Management Agency, or FEMA, indicate that these homes are, indeed, in a flood zone. How they were placed there is not always logical.

With so many floods — and so many claims being paid — FEMA regularly redraws its flood zone maps, which often means expanding the zones into a wider area. The result is that more homeowners pay into the National Flood Insurance Program, which gives the agency more money to pay claims.

But given their houses’ locations, some of those people shouldn’t have to pay. Yet until someone tells them otherwise, they keep paying. That’s what happened to Christopher Jones, a disabled U.S. Army veteran. His 5-acre farm in Elm Mott, Texas, outside of Waco, has a pond, but the closest body of water that could flood it is the Brazos River, which is more than 50 miles away and until recently was at drought levels.

Still, he was paying nearly $2,000 a year in flood insurance — until he disputed the requirement and won relief from it just a few months ago. “My land qualified,” he said of the dispensation, “but I didn’t get that money back. I wish I had done it sooner.”

To get these insurance requirements withdrawn, homeowners need a surveyor to visit their property and prove that because of the elevation, or the distance from water, the land is not in a flood zone. They then need to submit the documentation to the mortgage or insurance company to prove that they no longer need insurance.

Homeowners can also turn to companies like AmeriFlood Solutions, which manage the process for a fee.

“We double-check each elevation certificate, since half of them have errors that would cause people to pay more,” said Michael Freedman, AmeriFlood’s president.

“There are errors because surveyors put down the wrong community, the wrong datum on the map; sometimes it’s even the wrong address,” he said.

If homeowners are indeed in a flood zone, they can take the information to a different insurer and potentially pay lower premiums. If they have been incorrectly paying premiums, they have proof that the insurance was not needed.

But then comes an even trickier part: trying to recoup what they have paid their insurance company.