Float don't fight: She lost her husband to a rip current, now she's hoping her loss, lesson helps others

Editor's Note: Ali Joy, a mom of three from Richmond, Va., lost her husband in June 2018 at Atlantic Beach as he tried to save their daughters, who ultimately survived, from a rip current. Today, she shares her story and potentially lifesaving message about how to survive a rip current. As the beach season begins and after news of two Wake Forest teens caught up in a rip current at Emerald Isle, we're resharing this important message.

As a mother, my biggest fear is to see my children hurt or worse.

On Friday of Father's Day weekend this year at Atlantic Beach, I witnessed a rip current carry our 7-year-old twin girls out to sea. My husband and I rushed to save them. While our daughters survived, my husband did not.

Everything happened so quickly.

Earlier in the day, we had been picnicking, gathering shells and exploring Shackleford Banks. It had been a beautiful and wonderful family day for all of us. That evening we went to the beach after enjoying dinner together.

It turned on a dime, but it was a beautiful family time, and I feel blessed that we had that.

Minutes after finding a spot to swim, the rip current captured our girls. My husband Austin noticed immediately, and said, "The girls are too far out …" They were being carried away quickly. He ran toward them and I followed. Fortunately, our son knew not to follow and remained on the beach looking for help.

He made it there first

Austin made it to the girls first. It was chaotic when I made it out there. Ultimately, the girls ended up with me. Luckily, we were not alone. Two Marines and several surfers came to our aid. If it had not been for their help, the outcome could have been even worse.

As we all struggled in the surf, waves breaking over our heads, one Marine called to me, “Float on your back!” I credit this advice with buying us the time we needed for them to reach us with the surfboards. 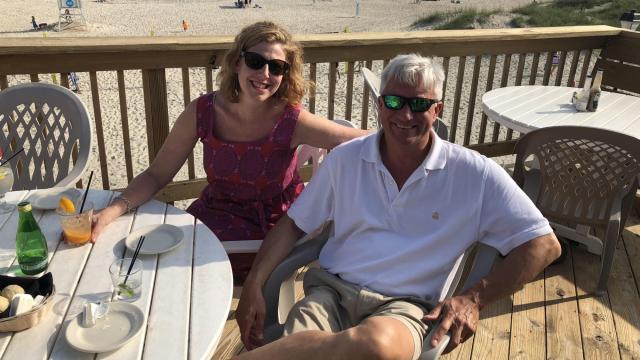 On a mission to save lives

I am now on a mission to spread what I have learned from this tragedy in hopes that it will save lives.

Rip currents are powerful, channeled currents of water flowing away from shore. They typically extend from the shoreline, through the surf zone and past the line of breaking waves. On the surface, rip currents often appear to be the calmest parts on the beach, which can make them attractive to swimmers. But beneath the surface, water is moving out to sea at an average of one to two feet per second - and sometimes as fast as eight feet per second.

Rip currents can occur at any beach with breaking waves and are an underestimated killer. They claim more lives every year than tornadoes, lightning and sharks combined. Rip currents account for more than 80 percent of rescues performed by surf beach lifeguards, according to the U.S. Lifesaving Association. Already this year 37 people have died from rip currents with numerous rescues occurring weekly.

Most people are taught that if they are caught in a rip current to swim parallel to shore in order to get out of it. I did not have that luxury with two scared little girls clinging to me. Floating is what helped us survive. 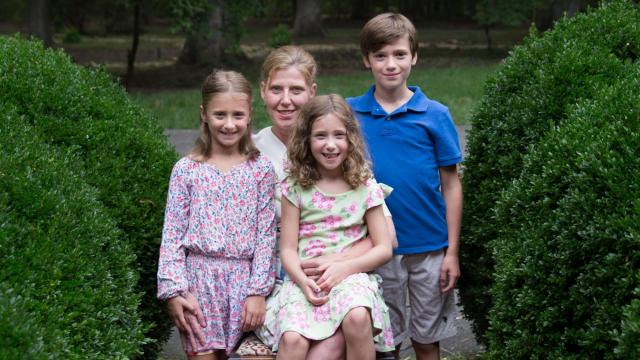 Three things I wish I'd known about rip currents

There are three things I know now that I wish I’d known then, and I am doing my best to get this advice to others in hopes that it will save lives …

Bring a Float. Floats should always, always be part of any family's beach gear.

Grab a Float. If you are going in to save someone, always grab a float first.

Be a Float. If you find yourself caught in a rip, float don't fight; especially if you are not a strong swimmer.

The message of floating is so powerful, because that is how we survived. If you’re out there without a float, fight the natural instinct to struggle and float. Ultimately you will get back to shore.

If you are headed to the beach soon, remember to pack floats and bring them onto the sand with you so they are in easy reach if you need them. If you find yourself or your loved ones in a rip current, a floatation device could mean the difference between life and death. And if you are caught in a rip, remember not to panic; signal for help and, if you are struggling, float, don’t fight.