Flap over Spring Lake flag may be headed to court

Spring Lake, N.C. — Two state lawmakers are weighing in on the battle over who designed the town of Spring Lake's flag.

State Sen. Ben Clark and U.S. Sen. Thom Tillis have investigated the matter, and the elected officials appear split over who should get the credit for the design of the town's flag.

Tillis' office says it's a local matter that may need litigation to be resolved. But Clark is siding with Patricia Archie-Jackson, who says she has fought for 40 years for recognition for the flag she says she designed during a contest in 1978 sponsored by town leaders who wanted citizen input on a new flag and town motto.

In 1978, Archie-Jackson was a student at Spring Lake Junior High. She entered the contest and told she had won. 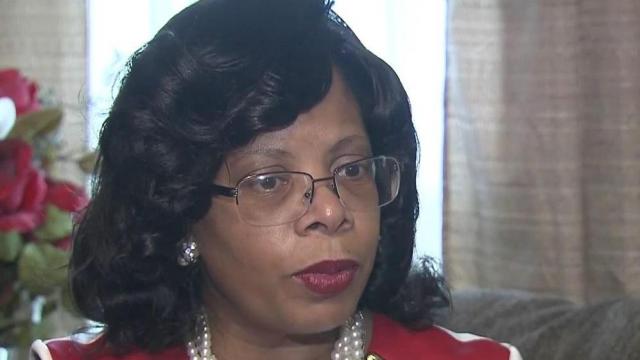 But for some reason, the award was split between her and two other students after town leaders discovered that Archie-Jackson was African-American.

"I don't understand why it would have taken so long, especially when Spring Lake has had all of this information right there in Town Hall and suppressed it all these years," she said.

She points to drawings of the two other flags submitted by the two students with whom she had to share the award.

Clark agrees, sending a letter to town leaders after his office investigated Jackson's claim that said in part, "It is my belief that the preponderance of evidence suggests that Ms. Archie is the sole designer of the Spring Lake Town Flag as well as the Town Motto and should be recognized as such."

Spring Lake Mayor Larry Dobbins is siding with Archie-Jackson, whose last name was Adams when she was a child.

He was at the school when the names of three winners were read over the school public announcement system.

He thinks the issue should be resolved in court.

"I'm going to say that Patty Adams, based on what I have seen, is the sole designer of that flag," the mayor said.

After 40-years of fighting, Jackson just wants the bickering to end.

"I just want Spring Lake to acknowledge that I am the true designer of the town of Spring Lake flag."

The mayor dismissed Clark's suggestion that the town acknowledge Jackson with a resolution, so the matter may be headed to court.