Fizz From the Edge of the Fashion Ecosystem 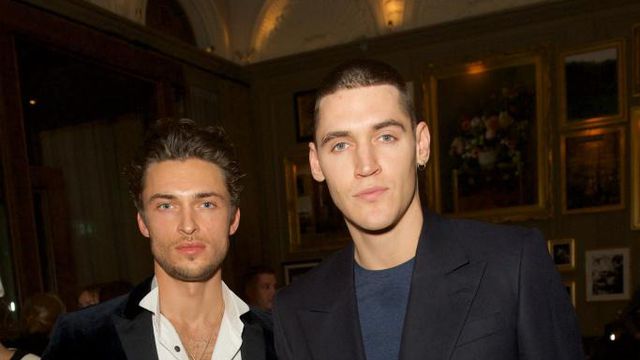 The new year has brought new questions about the long-term future of London Fashion Week Men’s, where the latest round of shows began on Saturday. The now-conspicuous absence of big-league names on the schedule, as more and more brands opt to show mixed-gender collections during the womenswear season or reconsider their spending on the traditional show format, has led to a dwindling numbers of foreign buyers, media representatives and photographers at the twice-yearly event. And this season has been no exception.

At times the calendar, with a few Savile Row stalwarts but also emphatic offerings from emerging designers heavy on the styling and outrageous statements but ultimately light on creative or commercial finesse, felt peripheral to the wider international fashion ecosystem. Yet it also fizzed with displays of energy, ideas and talent that underscored why the British menswear scene should not be discounted. Here, some of the best shows that defiantly flew the flag for the future:

Winner of the 2016 LVMH Prize for young designers, Grace Wales Bonner has been making waves in the industry with collections that ask boundary-pushing questions about black male culture and identity. She produced a standout collection Sunday night, cementing her status as the leading light of the London fashion scene.

Her starting point was a Creole sailor returning to his island after time at sea, and an exploration of the sense of both joy and dislocation wrought by a long-awaited and romanticized return home.

“I thought about what it would be like to look at a place and the way people behave, but from a distance and after a long period of isolation,” Wales Bonner, 26, said backstage after the show. “I wondered what a Creole setting would look like as an outsider, but also an insider, one with a deep connection to the community he is watching.”

The silhouette was long and lean, her signature, presented in sumptuous wools and silks, with suiting and outerwear dominating the collection. Nautical pea and bomber jackets were cropped and buttoned, while cargo trousers fell perilously low on the hips, uniformly finished with a viscose denim trim. Shimmering waterproofs embroidered with the word “Créolité,” or Creoleness, gave a contemporary edge, while recurring prints of bustling scenes, inspired by the 1940s paintings of the African-American artist Jacob Lawrence, captured both the excitement of watching a collective behavior and the ache of standing apart from the crowd.

Mixed heritage is a continuing fascination for Wales Bonner, who describes herself as mixed race. “There is something about his unresolvedness about it all that I can identify with,” she said of her lonely sailor, back from his travels to Europe and America.

The Scottish-born designer, illustrator and radical creative Charles Jeffrey has become one of the most talked-about names in London fashion over the past year. His ascent, fueled by his avant-garde gender-bending menswear label of the same name and by the flamboyant performance element of his catwalk shows, culminated with his winning the Emerging Menswear Designer of the Year at the Fashion Awards last month.

Such personal victory was at the root of the 27-year-old’s second solo outing Sunday night — his best show yet — albeit of a much darker and less happy kind. Bullied as a child in Glasgow, Jeffrey channeled what he called an “intense explosion of anger” into the latest collection, which he described backstage as a dark display of “growing pains.”

“It’s what you feel from being bullied when you’re young, for being gay,” he said, adding that he had been inspired by “The Velvet Rage: Overcoming the Pain of Growing Up Gay in a Straight Man’s World,” a book by Alan Downs. “This show was about exploring that feeling that I used to have as a kid — that, one day, I’ll show them.”

As the lights dimmed, the show began with mournful performers in various states of makeup and dress, screeching, screaming and clawing at their faces. Then came the clothes: Opening with a wide-lapel navy suit peppered with artful tears that then gave way to second-skin T-shirts and denim separates emblazoned with Basquiat-like graffiti prints; an oversize Breton knit was belted to become a dress, after which came a hand-painted pleather bustier with billowing silk pants.

Most encouraging were the clear signs that Jeffrey had started to think more about his creative vision finding commercial translation: a blue, white and red tartan that he has patented, for example, and a clear move toward prints (many with circular patterns in a Pictish style) over expensive handpainting. The mood may have been dark, but his future looks increasingly bright.

For the last two years, Craig Green has been named the British Menswear Designer of the Year at the Fashion Awards. His latest show, held in a warehouse on a bitterly cold Monday morning, underscored exactly why. The common thread of masculine uniforms and standard-issue workwear, always present in his work, was enhanced by a meditation on breaking common molds.

“I kept thinking about ideas of frameworks and molds, but all the parts of that process that usually get excluded that could also be included,” the 31-year-old said. So there were cargo pants and jumpsuits with layer upon layer of nylon trouser pockets, and shirts and cagoules with additional material on the seams that fanned out like fins. Textured knits with multicolor layers that were pulled apart and patched up again were finished with lashings of white cord fringe, which also ran through hoods, pockets and arms in a long connected thread.

After a series of models carrying visually arresting abstract structures made of wood, stretch plastic and tasseled ropes — an echo of previous seasons’ shows — came another brand trope: fluid hooded robes, full of eerie monasticism despite their bright colors. These were meant to evoke an idea of human tents — poles and all — Green said, offering both a strong statement and protection for the wearer.

It is his subtle, sensitive meditations on the requirements of the modern nomad, executed in idiosyncratic and innovative ways, that make his shows a highlight of the London schedule.

Ben Cottrell and Matthew Dainty are a concept-led designer duo who in recent years have made their Cottweiler brand a London-based streetwear label to watch. A signature tracksuit silhouette, often in technical fabrics and with subtle nods to skinhead culture, anchors their collections.

Their latest designs, shown Saturday night deep in the dark belly of the Natural History Museum, continued in that vein.

Inspiration this season was rooted in the underground, literally: the colors and patterns of the subterranean lakes of the Krizna Jama cave network in Slovenia. The equipment used by miners and cave explorers — think carabiners, harnesses and spotlights — dangled from models who stalked the shadows of what the museum calls the Earth’s Treasury room, with the shimmering materials used for their oversize coats, T-shirts, hoodies, shorts and track pants that evoked the phosphorescent colors of the caves to compelling effect.

Last season, Band of Outsiders held a comedy night in an underground club in London to showcase its menswear collection. This season, the Los Angeles-based brand continued to experiment with its show format by eschewing a catwalk in favor of an ice rink, holding a skating extravaganza in the courtyard at Somerset House.

Despite the near freezing temperatures, guests clutching steaming cups of mulled wine appeared cheered by the latest collection, which offered breezy wardrobe staples for a winter sports holiday.

Textured belted outerwear and chunky knits whizzed by on the skating models in colors that borrowed the names of well-known ski resorts (think Aspen white, Telluride red and Zermatt beige), as did formal tracksuits with racing stripes, velveteen bombers layered atop buttoned-up cardigans and cagoules and sweaters with tongue-in-cheek, alpine-infused prints.

A truth rarely acknowledged is that on a very busy and bitingly cold working day during fashion week, most journalists and buyers long for a spot of lunch. So kudos to David Beckham and the designer Daniel Kearns, who served hot chicken pie and mash alongside the latest Kent & Curwen collection — and just a few doors down from the brand’s newly opened flagship store in Covent Garden.

The traditional British fare fell neatly in line with the label’s aesthetic codes, with many recurring sportswear staples — like the cricket sweater, rugby shirt and hunting jacket — going back to the company’s founding in 1926.

Also on show? “The Boxer, The Artist and The Musician” is a gritty series of portraits shot by Perry Ogden depicting British men preparing for those various activities.

In October, Belstaff announced it had a new — and rather unexpected — owner for a fashion brand: Ineos, a British petrochemicals group.

Speculation has buzzed ever since as to what exactly Ineos and its billionaire founder, Jim Ratcliffe, have up their sleeves (Ineos also recently announced plans to build a rugged off-road car in the style of Land Rover’s discontinued Defender) for a brand that has always stressed its automotive roots.

In the basement of a vintage record shop in Soho on Monday, few clues could be found. On the 70th anniversary of the four-pocket Trialmaster jacket, Belstaff offered its flagship product in myriad colors and materials, alongside other outerwear staples for both sexes: Think parkas, sheepskin bikers and bomber jackets.

The creative director Delphine Ninous said she had been inspired by the English youth subcultures of the 1950s, “while also looking to our future.” Engines at the ready.