Five Star will open location at American Tobacco in Durham 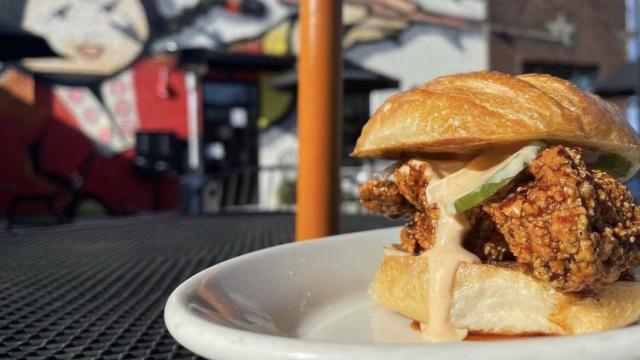 Five Star, which has been open in Raleigh for more than 21 years, is opening a second location in the former Cuban Revolution space in the Strickland Building in spring 2022.

“Five Star has always been--more than anything else--a gathering space for good friends and family to have a delicious meal, a few drinks, and a lively evening in a unique and inviting setting,” Five Star co-owner Michelle Bender, said. “As we looked to expand to the culinary capital that is Durham, we knew we wanted to find a home that would build on that spirit of connectivity and cheer that accompanies a great meal. American Tobacco Campus met all of those needs and more.”

Look for Five Star's Durham menu to be very similar to the Raleigh location, offering “modern Chinese food with a twist." The restaurant plans to be open daily for lunch and dinner with a condensed menu option for post-DPAC patrons looking to dine.

“Everyone we’ve hinted to that Five Star is coming to campus has the same gleeful expression of anticipation and joy that one of their favorite spots in Raleigh will now also be serving Durham,” says Adam Klein, director, American Tobacco Campus. “Five Star further represents our strategy of celebrating and supporting unique and enticing cuisines created by exceptional local entrepreneurs. We’re thrilled to have them here and for all of the patrons they will certainly welcome to American Tobacco.”