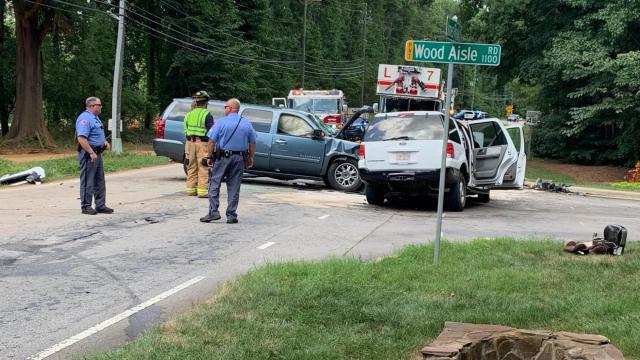 Raleigh police said the crash happened at the intersection of Jones Franklin Road and Wood Aisle Road. A 5-year-old was rushed to Duke Hospital with serious injuries. Four others went to the hospital with minor injuries.

Officials said one vehicle was stopped and was looking to turn left onto Wood Aisle Road when another vehicle slammed into it. The first vehicle was pushed into oncoming traffic and hit again.

The driver who caused the crash was facing several charges, including no operator's license, improper lane change and failure to reduce speed, Raleigh police said.