Five injured in wreck on I-95 near Benson 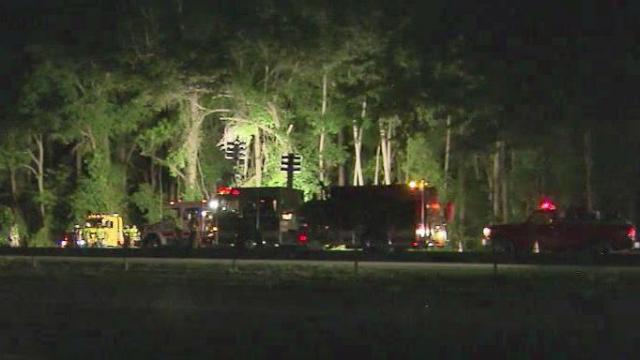 Benson, N.C. — Five people were taken to local hospitals Friday evening after a vehicle crashed on Interstate 95 north of Benson, according to the North Carolina Highway Patrol.

Troopers investigating the wreck said the back left tire of a vehicle driven by a New Jersey man blew out near mile marker 83 at about 7:30 p.m. The man lost control of the car, went off the highway and crashed into a group of trees.

Seven people were inside the vehicle at the time of the wreck. The driver, 55-year-old Tyrone Chrenshaw was taken to WakeMed, passengers Wanda Smith, 50, Patricia Carson, 58, and Alfonso Smith, 47, were taken to Duke University Hospital.

Troopers said non of the injuries appeared to be life-threatening.

No other vehicles were involved in the wreck. The highway was closed for about two hours while crews investigated the wreck and cleared the scene.