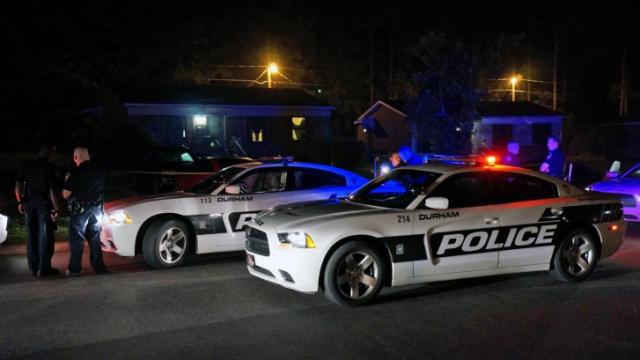 Investigators said three men were walking to the home at about 1:30 a.m. when they were approached by three men armed with rifles.

The men forced the victims into the home, and two of them suffered minor injuries.

Poteat is also facing charges of possession of a firearm by a convicted felon and assault on a female.

All five men were placed in Durham County Jail. Each was being held on $5 million bond.