First Rohingya Are to Be Returned to Myanmar Killing Grounds 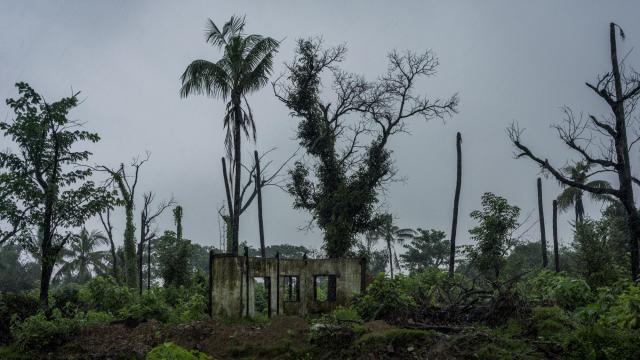 BANGKOK — The United Nations doesn’t want it to happen. Dozens of rights groups say they are shocked. Even the people who will be affected the most, Rohingya Muslims from Myanmar, are upset that their future, once again, is being decided without their input.

On Thursday, a few of the more than 720,000 Rohingya who fled slaughter, rape and village burnings in their homeland last year are due to be repatriated to Myanmar from Bangladesh.

It is a process that has been repeatedly delayed, and one that few, apart from the Myanmar and Bangladesh governments, seem to think is a good idea.

On Tuesday, the U.N. high commissioner for human rights, Michelle Bachelet, warned that forcing the first batch of about 2,200 Rohingya living in refugee camps in Bangladesh to return to ground zero of mass violence against the minority Muslim group would be a “clear violation” of core international legal principles. The United Nations estimates that at least 10,000 people were killed last year in the outbreak of ethnic cleansing.

“The human rights violations committed against the Rohingya in Myanmar amount to the worst atrocities, including crimes against humanity and possibly even genocide,” Bachelet said. “With an almost complete lack of accountability, indeed with ongoing violations, returning Rohingya refugees to Myanmar at this point effectively means throwing them back into the cycle of human rights violations that this community has been suffering for decades.”

The United Nations has recommended that top military leaders in Myanmar be put on trial for crimes that include genocide. In September, the International Criminal Court, which rules on war crimes and crimes against humanity, opened an initial inquiry into some of these “crimes of persecution and other inhumane acts.”

As Bangladesh and Myanmar have pursued various iterations of repatriation agreements, U.N. officials have repeatedly said they were not involved adequately in the process. Rohingya Muslims, too, have complained about being isolated from decisions about their fates.

It is not clear whether the Thursday deadline will be met, given previous missed targets for repatriation.

In Cox’s Bazar, Bangladesh, now home to the world’s largest refugee camp, one of the people who found her name on a repatriation list said she had no idea how she was picked to return. The woman, whose name is not being used for her protection, said she had no wish to return to Myanmar.

The U.N. said that at least two elderly men in the refugee camps had attempted suicide rather than face the possibility of returning to the site of crimes against the Rohingya.

Repatriations to Myanmar are supposed to be safe, voluntary and dignified, according to a bilateral agreement. But Myanmar officials have repeatedly rejected reports of mass violence committed against the Rohingya, who are Muslims in a majority Buddhist country.

Two reporters for Reuters who documented a mass grave in Rakhine state, where the Rohingya are from, are now in prison, sentenced to seven-year terms. On Wednesday, Reuters reported that Vice President Mike Pence had told Myanmar’s leader, Aung San Suu Kyi, that the United States demanded better press freedoms in the country and that the persecution of the Rohingya was “without excuse.”

Given the reluctance of officials in Myanmar to admit to any systematic violence committed by the military, which ruled the country for nearly half a century and still wields considerable power, international human rights groups have expressed concern about the future well-being of any potential returnees.

A coalition of 42 humanitarian and civil society groups has deemed the repatriation process “dangerous and premature.”

“Most of all, refugees tell us that they are afraid,” said a statement from the International Rescue Committee, one of the nongovernmental organizations that signed the joint protest of the upcoming repatriation.

But Dr. Win Myat Aye, the social affairs minister of Myanmar, said in an interview that there would be no harm inflicted upon any repatriated Rohingya, 150 of whom would be processed each day.

The returnees could even return to their original homes, provided they still existed, Win Myat Aye said.

“It’s safe for them to live here,” he said. “They can live here for the long term.”

Most of the remaining Rohingya in Myanmar have been herded into bleak camps or have been prevented from leaving their villages. Education and health care are severely limited. Win Myat Aye said Myanmar authorities had vetted an initial list of returnees submitted by the government of Bangladesh and found that 65 were “terrorists” who were not welcome back. The Myanmar government says that any violence last year was related to clearance operations against Rohingya insurgents, who launched coordinated attacks on police posts and an army base in August 2017.

The military-led pogroms against the Rohingya, aided by Buddhist civilians, killed thousands and left hundreds of villages razed by fire, according to international rights monitors. The mass violence followed decades of persecution of the Rohingya, who were stripped of their citizenship by a xenophobic military junta.

Waves of Rohingya fled to Bangladesh during previous bouts of repression. Some returned home, only to escape again last year when the frenzy of violence reached a crescendo.

“The history of the Rohingya in Myanmar is one filled with repeated episodes of violence, flight and return,” Bachelet said. “We need to speak with one voice to stop this cycle from repeating itself again.”