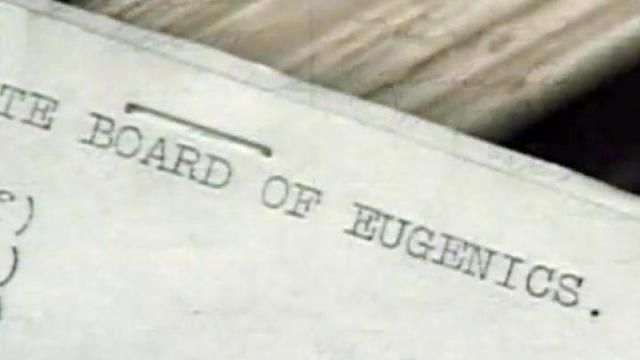 “Today is a day of reconciliation and healing,” Gov. Pat McCrory said in a statement. "While no amount of money could undo the wrong that was done to these victims, I hope these payments bring some solace in their acknowledgment that the actions of the Eugenics Board were wrong. This is a new day for us all and brings us nearer to closing one of North Carolina’s darkest chapters.”

Lawmakers last year set aside $10 million in the state budget to provide compensation to victims of the eugenics program, which ran between 1929 and 1974.

The state Office for Justice of Sterilization Victims received 780 claim forms from potential victims by the June 30 deadline to apply for compensation. By early August, the state Industrial Commission, which handles all tort claims against the state and is responsible for determining whether a claimant is eligible for compensation, had approved about 180 of the applications for payment.

Those denied compensation can supply more medical information and go through several rounds of appeals with the Industrial Commission and the state Court of Appeals to obtain payment.

As many as 1,800 sterilization victims may still be alive, officials have said. Families of victims who died before June 30, 2013, aren't eligible for compensation.