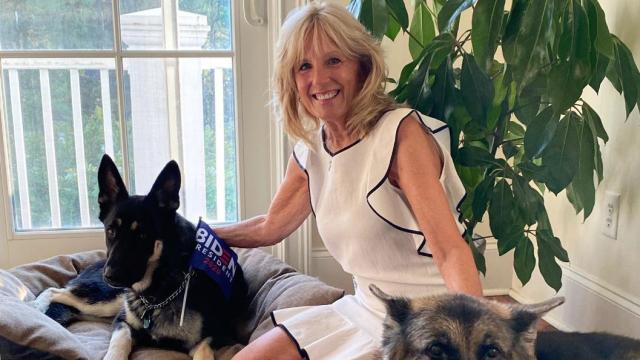 CNN — The first dogs have entered the White House -- the Bidens' two German shepherds, Champ and Major, officially joined the first family in their new residence at 1600 Pennsylvania Avenue on Sunday.

"Champ and Major Biden joined the President and the First Lady at the White House on Sunday," First Lady Jill Biden's press secretary Michael LaRosa told CNN in a statement Monday. "The First Family wanted to get settled before bringing the dogs down to Washington from Delaware. Champ is enjoying his new dog bed by the fireplace, and Major loved running around on the South Lawn."

The new canine occupants of the White House mark a return to form. Though there is a long history of Presidential pets, former President Donald Trump and his family did not bring pets to the White House.

CNN has previously reported the elder dog, Champ, joined the Biden family during the presidential transition in December 2008, weeks after Biden became vice president-elect. The family later fostered Major from the Delaware Humane Association and made his adoption official in November 2018.