WRAL's Sky 5 flew over Raleigh on Friday morning around 11:20 a.m. to examine the first aerial footage of storm damage.

Sky 5 visited the following locations (in no specific order):

Power lines were down on U.S. 401 in Garner, causing a small fire

There were at least 10 trees reported down in Raleigh, and multiple reports of storm damage, including wind and hail. 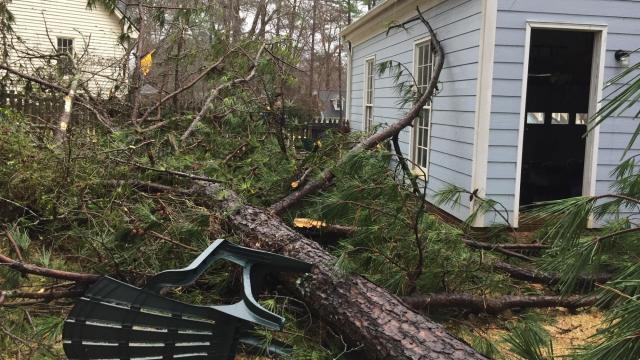 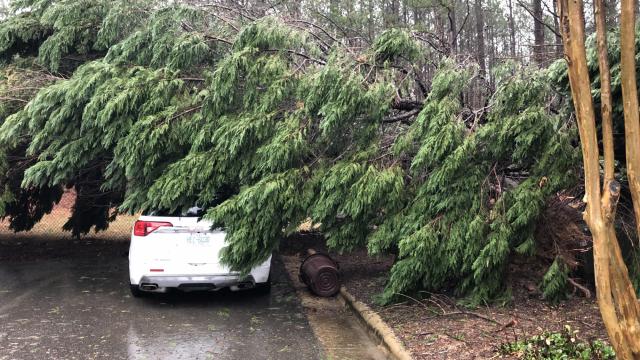 Multiple roads were blocked as a result of downed trees and power lines, including Millbrook Road near Falls of the Neuse.

A school bus with 13 students crashed in Johnston County, sending at least one student to the hospital.

WRAL's Gilbert Baez found flooding in Fayetteville, with seven or eight houses surrounded by water off S. Reilly Road and an 86-year-old woman dealing with the flooding. 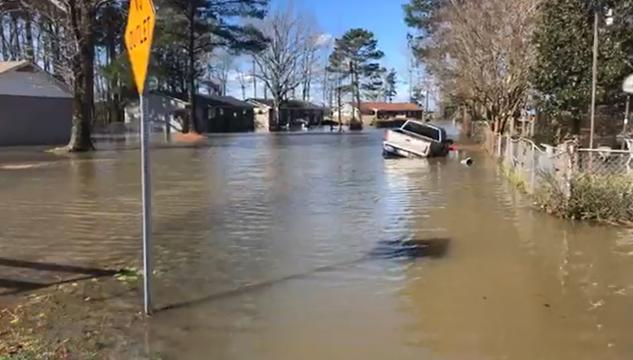