Smoke was seen billowing from the plant, which is located at 311 N. Oak Forest Rd. near a car dealership.

Wayne County officials said part of the roof and walls have collapsed. 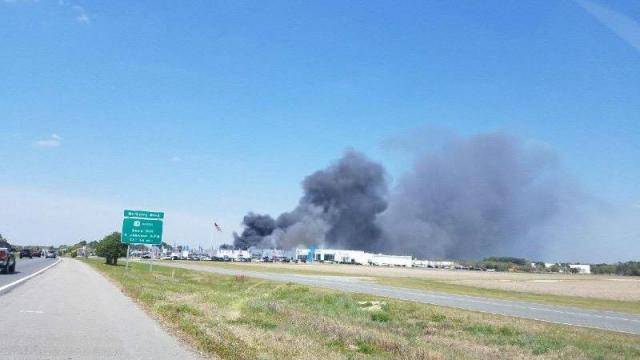 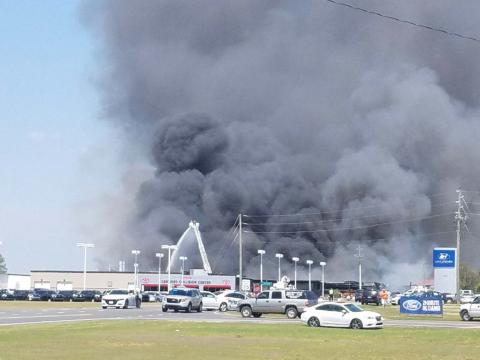 Authorities closed several roads in the area while they battled the blaze, including all lanes of Oak Forest Road in both directions from Ash Street to Central Heights Road. Officials said N.C. Highway 70 wass open at Oak Forest Road only for east- and westbound traffic.

Fire officials said strong winds and those flammable materials made it tougher to put out the fire. 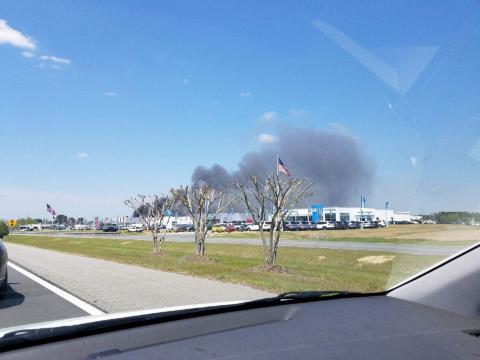 All employees made it out safely, but two people were hurt while trying to help others. Officials sid they were taken to a hospital with non-life threatening injuries.

Motorists were warned to expect delays in the area. 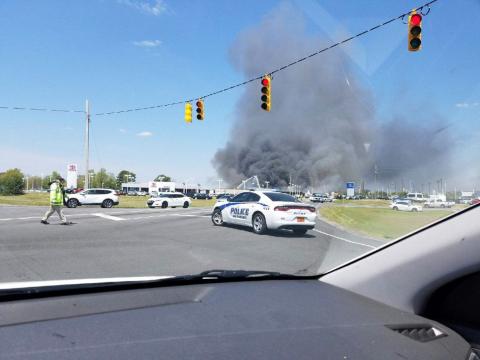