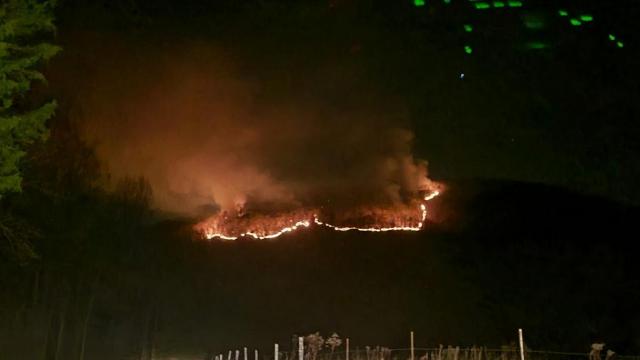 Marion, N.C. — Firefighters were called to a second wildfire in the North Carolina mountains on Tuesday.

The wildfire started on Pogue Mountain, just outside of Marion.

Firefighters said the wildfire was in very rugged terrain with difficult access.

Meanwhile, firefighters are continuing efforts to put out a fire two hours away, in Pilot Mountain State Park, that has burned over 1,000 acres. North Carolina State Parks and Recreation Department officials said they believe the Pilot Mountain fire was "human caused."

The dry, breezy conditions across North Carolina prompted the North Carolina Forest Service to put a burn ban in place starting Monday. During the ban, all open burning, which includes burning leaves, branches and other materials, is prohibited, and all burning permits are canceled until further notice.

Portions of North Carolina are 2 inches below-normal for rainfall this November, according to WRAL meteorologists.