Durham, N.C. — A former Durham County deputy was arrested Monday on sex crimes involving a 15-year-old student while he served as a school resource officer.

Christopher Kelly, 40, was fired April 28 after being accused of sexual misconduct, the sheriff's office said in a statement. He started working as an off-duty school resource officer in June 2014, in addition to his assignment on the warrant squad.

A search warrant shows that Kelly worked as an off-duty deputy at Carrington Middle a School in the 2014-2015 school year, at which time investigators say he met the victim. That warrant states that when the victim moved to Northern High School the following year, Kelly began working off-duty there.

A spokesperson for the sheriff's department said that, on June 20, 2016, Kelly was transferred full-time to the School Resource Division, at which point he was moved to Hillside High School.

According to a family member, Kelly has a wife and children. 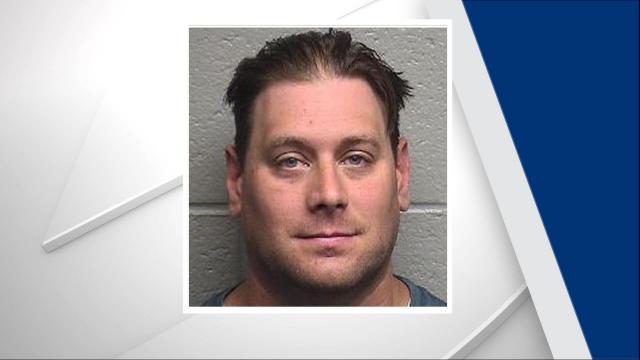 The sheriff’s office initiated an investigation after deputies pulled over a car Kelly was driving in April and noticed his female teen passenger. According to search warrants, Kelly initially tried to avoid getting pulled over, and when he was, he created a distraction so that the girl could run away.

Chief Deputy Ladd sent Kelly a letter on April 28, saying "recent events have led me to lose confidence in your ability to conduct your official duties as a deputy sheriff with the Durham County Sheriff's Office."

"To ensure the public’s confidence in the sheriff’s office, we must – without question –conduct ourselves with honor and dignity, perform our duties to the best of our abilities, and provide professional service to the community," Sheriff Mike Andrews said in a statement.

"When one of our own is accused of abusing the trust we work hard to earn, it is both disheartening and devastating to all involved. Our thoughts are with the family at the center of this ongoing investigation. The sheriff’s office will continue to work with the Durham County District Attorney’s Office, and we will respect the judicial system in the next phase of this process."

Kelly is expected to make his first court appearance on Tuesday.