Raleigh, N.C. — Fire tore through a Raleigh apartment building Thursday morning, but no one was injured.

The fire started around 8 a.m. at an apartment on Dansey Drive in northeast Raleigh. Raleigh Division Chief Ian Toms said four units of the eight-unit complex were damaged but the cause has not yet been determined.

"They'll have to rebuild that whole building," Toms said. 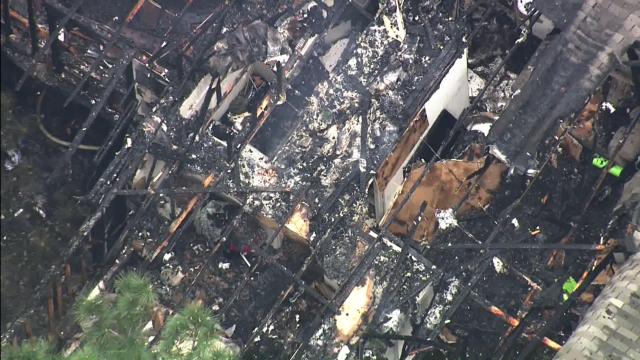 Smoke wafting out of a charred roof could be seen around 8:45 a.m. through the complex's trees. At least three fire trucks were still on the scene.

Toms said only two people were at their apartments when the fire started, but both were able to get out without being hurt.

Shirley Fuller was inside her apartment when the fire started. She said she heard glass breaking before she saw the flames. The fire destroyed everything she owns.

"Even though I need (my things) to live, I'm alive," Fuller said.