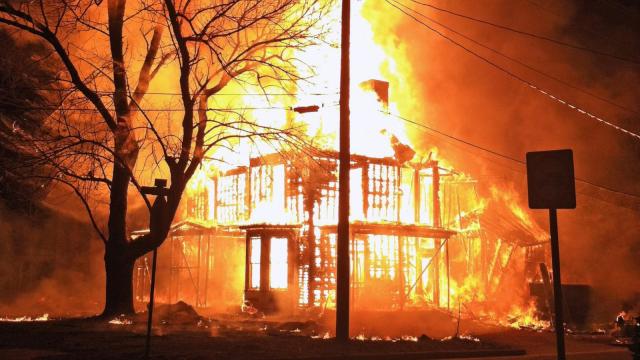 Multiple emergency crews responded to the corner of West Juniper Avenue and North Main Street at about 11:15 p.m.

When they arrived at the two-story home, it was engulfed. Investigators said the fire spread quickly through the home, which was stripped down to the wood during a remodel.

No injuries were reported, and it was unclear what caused the blaze.