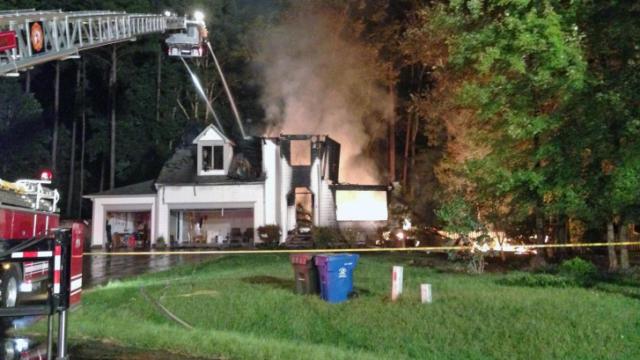 Durham, N.C. — Two dogs were rescued early Thursday from the garage of a burning home on Maere Court, a spokesman for the Durham Fire Department said.

Emergency crews responded to the home, at 6 Maere Court, shortly after midnight. When firefighters arrived, the two-story home was completely engulfed in flames.

Nobody was inside at the time, and neighbors told investigators that the owners are on a cruise.

The fire was brought under control in about 45 minutes, but it took another three hours for it to be extinguished due to a burning natural gas leak. The cause of the fire is under investigation.

One of the rescued dogs was being cared for by neighbors, and the other was in the care of Durham County Animal Control, officials said.