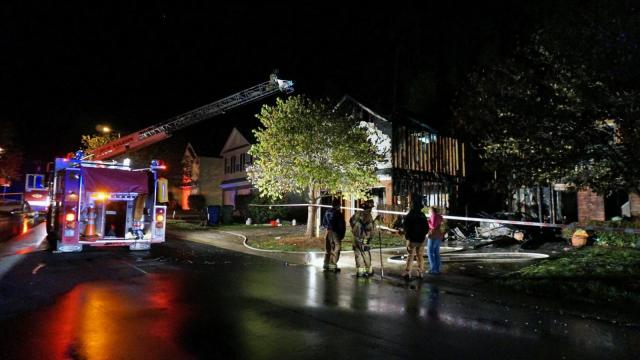 Fire crews responded to the 5300 block of Golden Moss Trail shortly after midnight but had to hold back from fighting flames until gas lines in the area were shut off.

By the time firefighters could get to work, flames from one house fire had spread to another. Both homes were destroyed.

One person lived inside the home where the fire started, and two lived in the second home, officials said. No injuries were reported.

It's unclear what started the fire, and an investigation is ongoing.