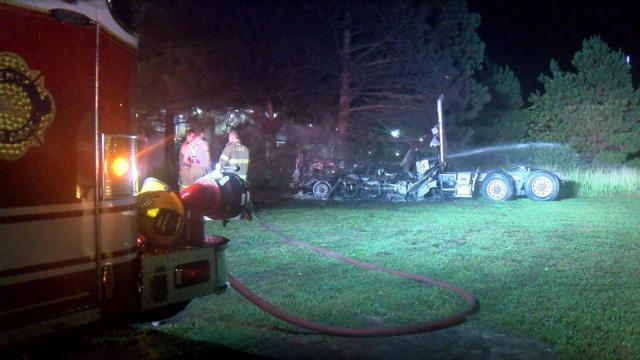 Kenly, N.C. — A tractor-trailer parked behind a motel in Kenly was destroyed by a fire on Thursday night, but no one was injured.

The truck was parked behind the Motel 6 on Truckstop Road. Officials said the fire was intense and threatened the motel and a large propane tank.

Authorities said the cause of the fire is unknown, but the owner of the truck said he had been working on it an hour before the fire was discovered.