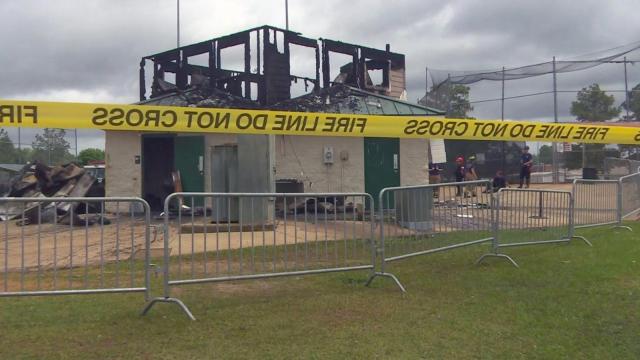 Fayetteville, N.C. — The press box at Douglas Byrd Middle School's athletic fields is a total loss on Saturday morning after a fire.

Fayetteville firefighters responded at 2:47 a.m. to the school at 1606 Ireland Drive, according to the fire department. Responding units found the structure fully involved.

There were no injuries reported, officials said, and the cause of the fire is under investigation.

The two-story press box and concession stand is located behind the main school facility.